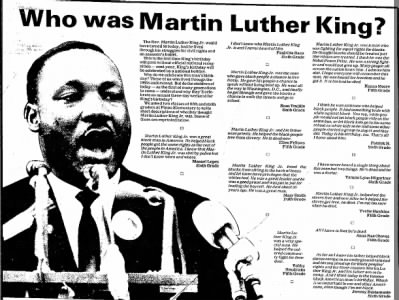 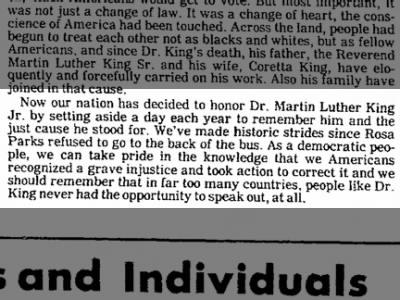 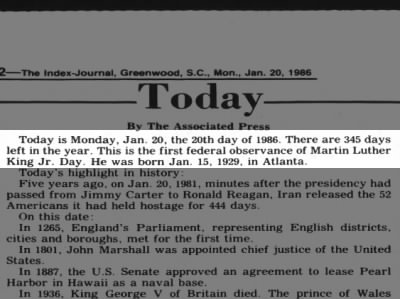 The decision to make a holiday after Dr. King was a fraught one, filled with concerns about the cost of making another paid holiday for federal employees as well as whether a holiday should be given to a private civilian when such a thing had never been done before. But over 15 years of campaigning and voting eventually won out over the opposition, and the holiday is now celebrated on the third Monday in January every year.

Find more about the holiday and its namesake on Newspapers.com using this search or one of your own.