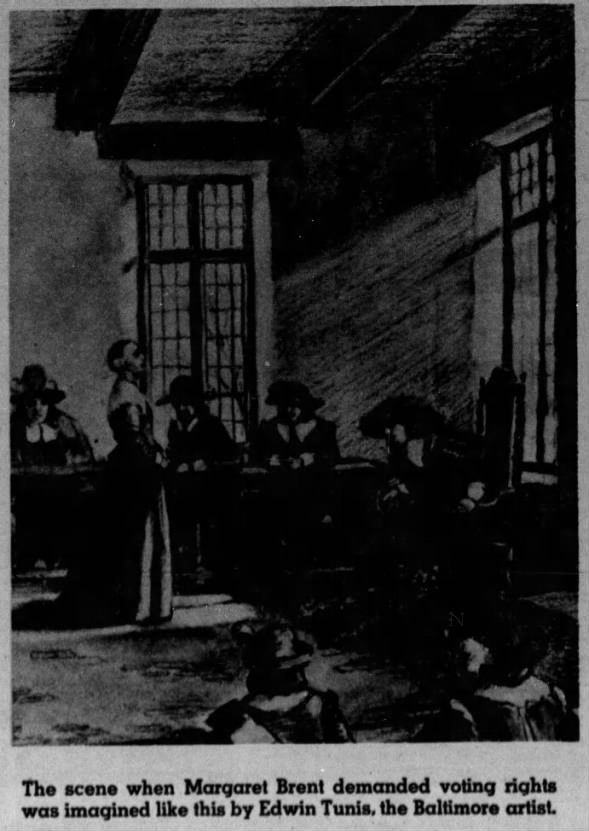 In a time when women’s voices were primarily filtered through the opinions of their husbands and fathers, wealth (and being single) was one of the few things that could give a woman power. In the 1600s, Margaret Brent’s wealth and property gained her prominence in the Maryland colony. But her intellect and forceful nature made her someone to be reckoned with. You might even say she was one of America’s first suffragettes. 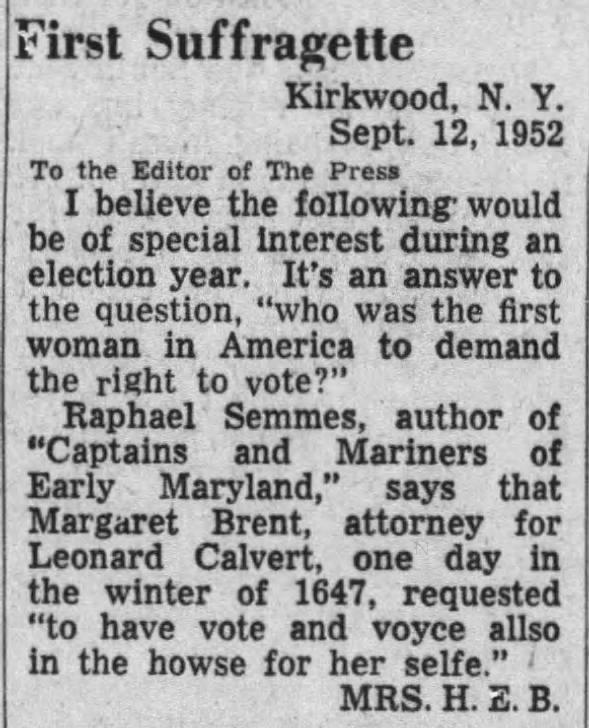 One of Brent’s good friends was the governor of Maryland, Leonard Calvert. On his death, Calvert made the unexpected decision to name Brent as executrix of his estate. It was a significant choice that speaks highly about her character. 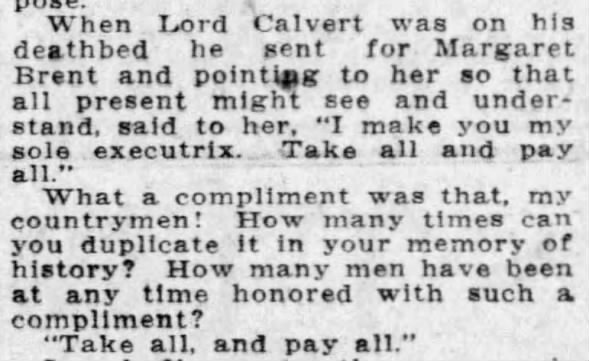 Along with the authority to make decisions about Calvert’s lands and debts, Brent also gained power of attorney over the local property of his brother, Lord Baltimore. Yes, that Lord Baltimore. The man who established and managed the Province of Maryland from his home in England.

Brent’s position meant that, in theory, she should be given a place in the Maryland General Assembly. She therefore asked for a vote “in the howse for her selfe,” and a “voyce” as the attorney of Lord Baltimore. However, despite the respect they held for Brent, her request was refused. Property or no property, Brent was a woman. The Assembly went on without her, to her great displeasure.

With no power to suggest taxes on the county, she ended up paying a portion of Calvert’s debt by selling some of Lord Baltimore’s property. His negative reaction, and her experience with the Assembly, left her with a sour taste in her mouth. She moved to Virginia, sold off her Maryland properties, and continued to accumulate absurd amounts of land in her new home. 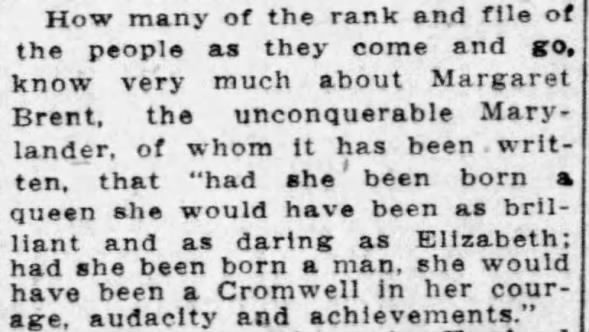 “Had she been born a queen she would have been as…Elizabeth.” Sun, May 17, 1925 – Page 4 · The Star Press (Muncie, Delaware, Indiana, United States of America) · Newspapers.com

Find more on Margaret Brent and other early pioneers in women’s politics with a search on Newspapers.com.