This story could be considered a murder mystery, though not in the traditional “whodunit” sense. It features the wealthy John Bingham, 7th Earl of Lucan; a murder; and a disappearance that remains a mystery to this day. 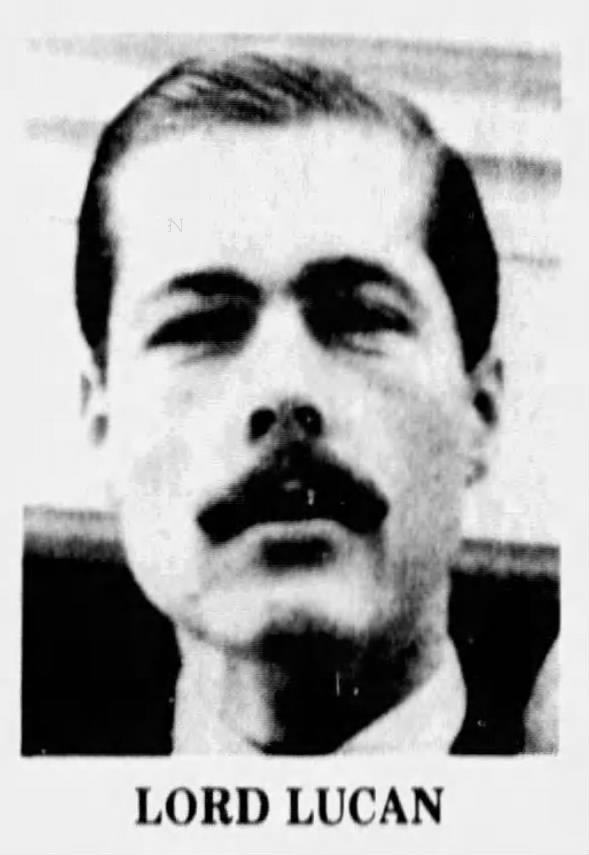 On November 7th,1974, the wealthy Veronica Duncan stumbled into a pub with a shocking tale. She accused her estranged husband, the Earl of Lucan, of murdering the family’s nanny, Sandra Rivett, before turning on her. She’d just managed to escape.

At once the search was on for Lord Lucan. However, the story was confused by the account of family friends, the Maxwell-Scotts. They said Lucan had come to their home after the incident and explained that he’d been trying to save his wife from a separate attacker. He fled because he knew his wife would suspect him, despite his innocence.

The most prevalent belief in the whole affair was that a murderous Lucan mistook the nanny for his wife in the dark and killed her by mistake. Whatever his intentions, it took a jury only half an hour to decide that Lord Lucan was, in fact, the murderer. A warrant was issued for his arrest. 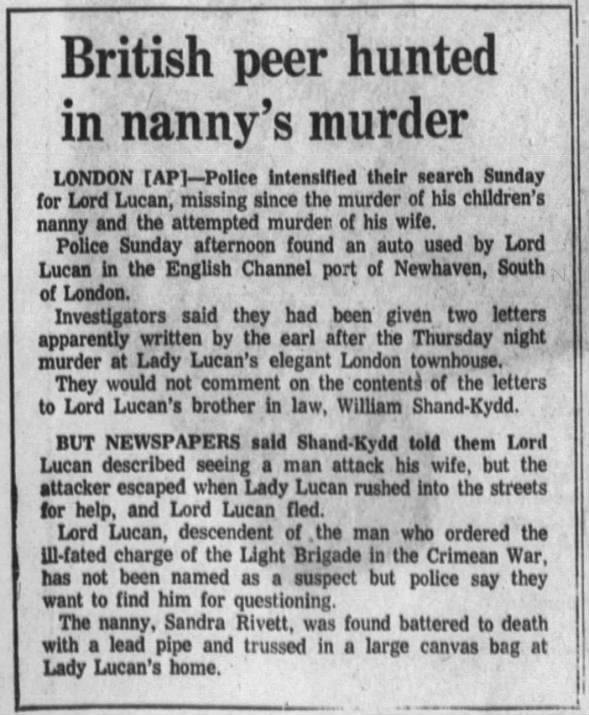 Lord Lucan’s whereabouts were never uncovered. He was declared dead in 1999, and his fate remains a mystery to this day.

Find more on the infamous Lucan case with a search on Newspapers.com.

One thought on “Lord Lucan’s Disappearance”