Leave it to Hackie

This week in history, the very first telephone ever to grace the halls of the White House was installed there by President Hayes. Today’s blog focuses on another role played in the White House’s telephone history—a woman, who half a century later manned the White House telephone switchboard. This nimble-fingered lady’s name was Louise Hachmeister, but most people just called her Hackie. 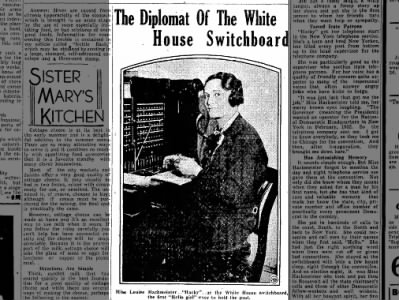 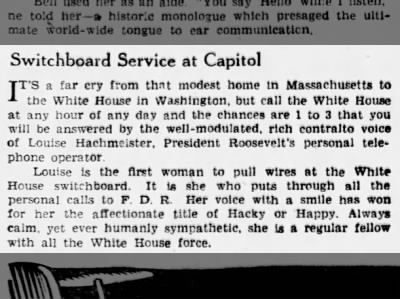 Hackie was known for her warm manner, incredible memory, and unparalleled efficiency. She had her start as a “Hello Girl” in New York before she came to be on the staff of Roosevelt’s election campaign. Her ability to track down anyone, sometimes with nothing more than a first name, impressed everyone who knew her and eventually got her the job at the White House. 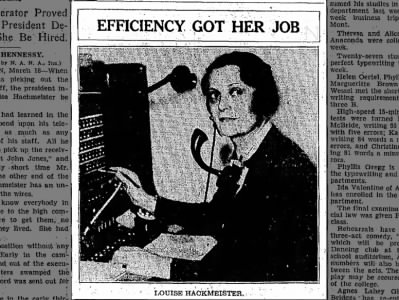 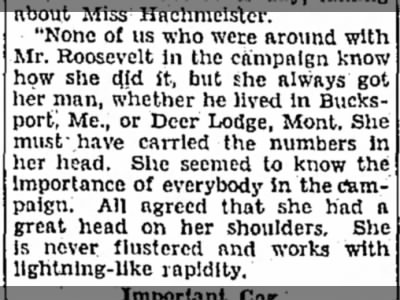 Her position at the White House was pretty unusual at the time. A woman had never been hired for the switchboard position, because—well, just read this article’s flattering explanation: 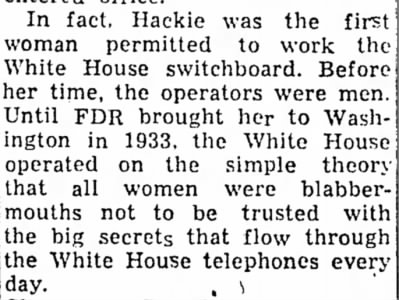 But Hackie proved them wrong, even as she scoffed at the idea that she knew any real secrets anyway. 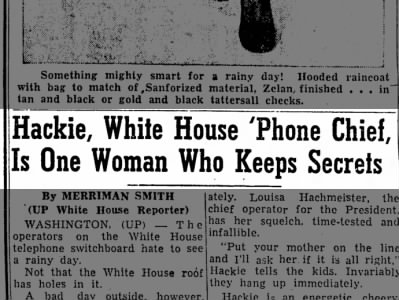 Hackie worked as the White House’s chief telephone operator for 20 years, before she was eventually let go from the position a few months before she planned to retire.

Find more on Hackie (also spelled Hacky) with a search on Newspapers.com.