In November 1957 headlines proclaimed the news that Russia’s Sputnik II had launched into Earth’s orbit. This mission was special because, unlike those previous, this spacecraft held precious cargo: a dog named Laika. 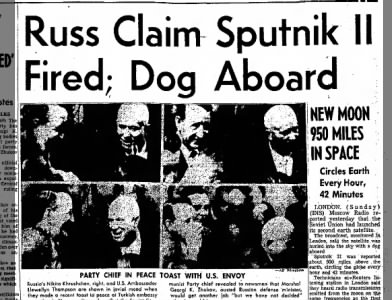 Laika has gone down in history as the first animal to go to space. Her journey was monitored by scientists on the ground who were eager to understand the effects of space travel on a living being. 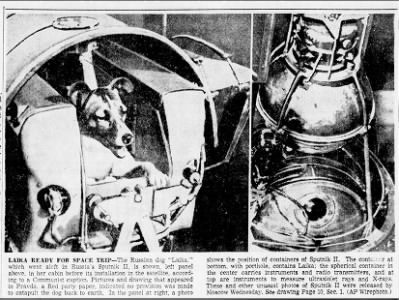 Laika was meant to survive about 10 days before her life-support system’s batteries died—all part of the mission’s plan. But years later it was revealed that she’d likely only survived a few hours in orbit before overheating. 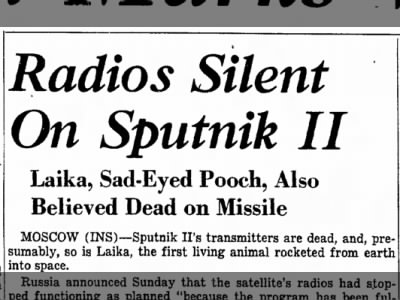 Laika provided the first data on the behavior and biological state of a living thing in space. Russia sent at least a dozen more dogs on similar journeys in the ensuing years for further research. Four years after Sputnik II, Russia achieved another major first when they sent Major Yuri Gararin in an orbit around the earth and returned him safely home.

More articles on Laika and Sputnik II can be found in this search, and this one, respectively. Try a search of your own today on Newspapers.com .