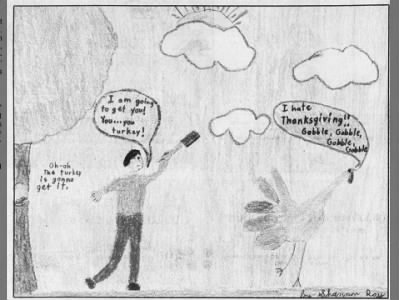 It’s Thanksgiving Day in the U.S.A., and that means one thing—pumpkin pie. A nice big helping of rich, squashy pie topped with whipped cream. What’s more “Thanksgiving” than that?

Oh, and there’s turkey too.

So what’s with turkey anyway? How did the festive fowl come to be associated with holiday dining, and Thanksgiving Day in particular? Newspaper clippings from years past give varied views on the origin of this bird’s big break. The explanation that came up the most was that, hey—there were just tons of turkeys all over the place. 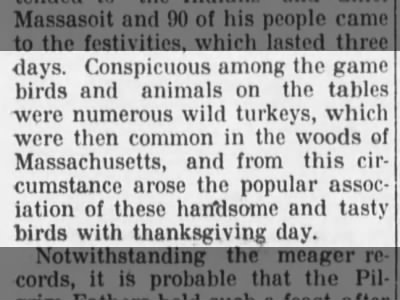 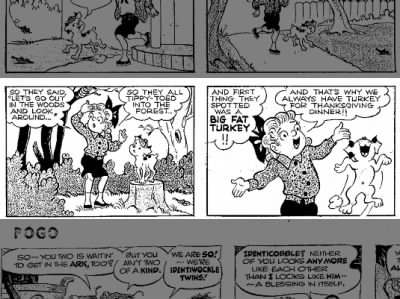 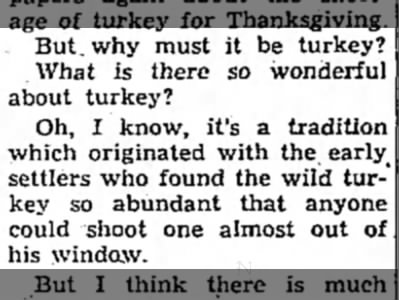 You couldn’t step into your backyard without nearly running into a turkey—or so the articles say. In reality, they probably weren’t as common as the stories make it seem.

Another explanation is (very briefly) offered in this 1928 ad. Turkey was just the thing for Governor Bradford:

William Bradford was an early colonist often associated with the first Thanksgiving. His journals do mention turkeys being hunted throughout the fall of 1621, but no specific mention of Thanksgiving turkey is made by him or any other contemporary accounts.

This clipping is another brief explanation, offered by an American to a German tourist who wondered about the bird’s sudden significance on Thanksgiving Day: 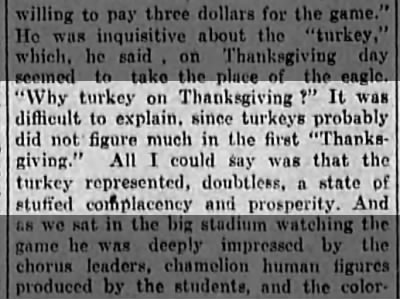 It may not be the actual reason…but it rings true enough, don’t you think?

A good argument for the use of turkey as Thanksgiving’s central dish is simply that turkey wasn’t had every day; it was saved for special occasions, it took time and effort to prepare, and it was usually more pricey than your typical dinner fare. 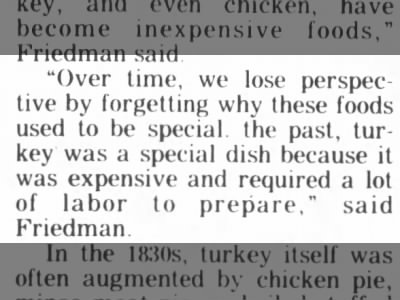 And Kim here has another great reason: turkeys are larger birds than ducks or chickens and are therefore perfect for stuffing and overindulging. 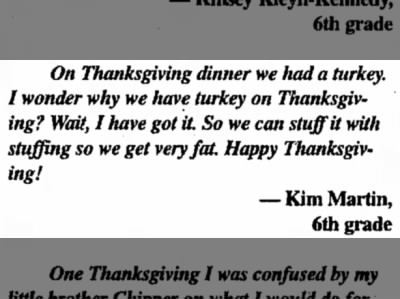 You can find Thanksgiving recipes, stories, poems and more with a search on Newspapers.com. Happy Thanksgiving!