On this day in history, two men discovered a cure for a condition that was previously considered fatal: diabetes. This innovation in medical science happened less than a century ago, in the summer of 1921. 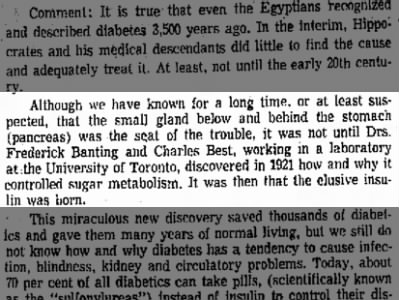 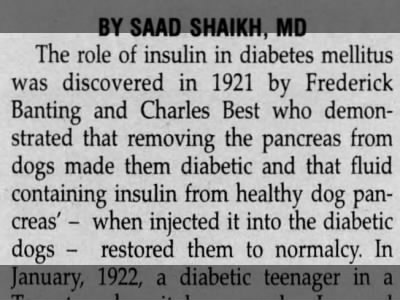 Many researchers had previously connected the pancreas to diabetes, but Dr. Banting and his medical student assistant, Charles Best, were the first to successfully isolate and use insulin to improve diabetic dogs. In 1922, one year after the initial extraction was achieved, a diabetic teenager was given an injection of what was then called “isletin” and showed dramatic improvement. Suddenly, a disease that once inevitably led to death had become treatable.

Find more articles like these on insulin and other significant advances in medicine with a search on Newspapers.com.