Did you know that “do-it-yourself” home-improvement projects boomed in 1950s America? While home maintenance and repair were far from new concepts, the ’50s saw them transform into a popular leisure-time hobby with a market worth billions of dollars. 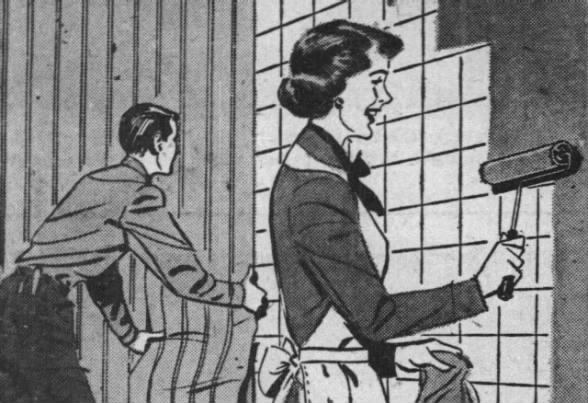 Even as it was happening, people in the 1950s noticed that the popularity of DIY home improvement was skyrocketing. Newspapers of the era used terms like “boom,” trend,” “craze,” and “fad” to describe it.

Statistics from the decade illustrated just how fast the industry was growing. Papers reported that:

And it wasn’t just happening in the United States. Newspaper articles from the ‘50s show that Canada, the UK, and Australia also saw similar trends.

What Caused the Craze?

With the DIY boom came theories about what had sparked it. Some of the reasons commonly reported in newspapers included increased rates of homeownership, rising labor costs, and more free time.

Another theory pointed to a lingering “mend and make do” mentality from the Depression and World War II; and yet another suggested it stemmed from increased mechanical skills learned during the war in home-front industries or the military.

But there were more theories than just these. One 1955 newspaper article outlined 14 potential reasons for the DIY fad!

With the increase in “do-it-yourself” home-improvement projects, many newspapers published tips for the home handyman (or handywoman). Some papers even dedicated entire pages to project ideas and advice.

Here’s a sampling of some of those tips and tricks from 1950s newspapers: 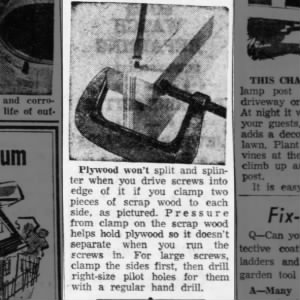 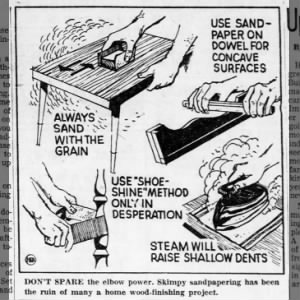 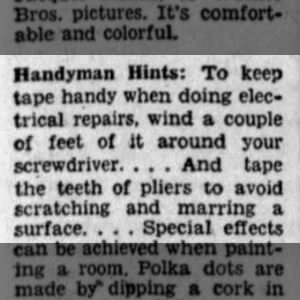 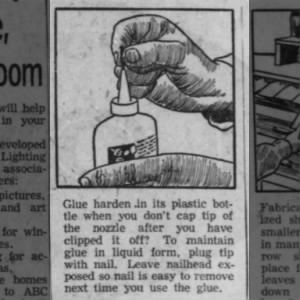 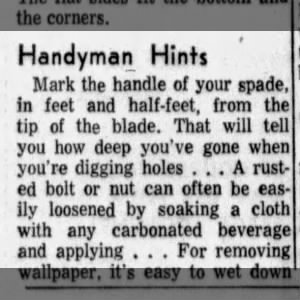 End of the Fad?

After the boom of the 1950s, views on the DIY movement shifted by the ’60s. No longer were newspapers covering it like a passing fad; instead, they suggested that “do-it-yourself” home improvement had simply become a way of life.