Presidents’ Day isn’t a holiday that many Americans today associate with major celebrations. Though some parts of the country hold parades or other festivities, people are probably more likely to associate it with a day off school or big sales.

But this wasn’t always the case. What we now commonly call Presidents’ Day was, until fairly recently, a holiday to commemorate George Washington’s birthday. And it turns out that in America’s early days, it was one of the nation’s biggest national holidays!

Curious how Americans of centuries past observed Washington’s birthday? Historical newspapers have got you covered!

This article, for instance, describes a celebration of Washington’s birthday in 1784, when he was still alive. 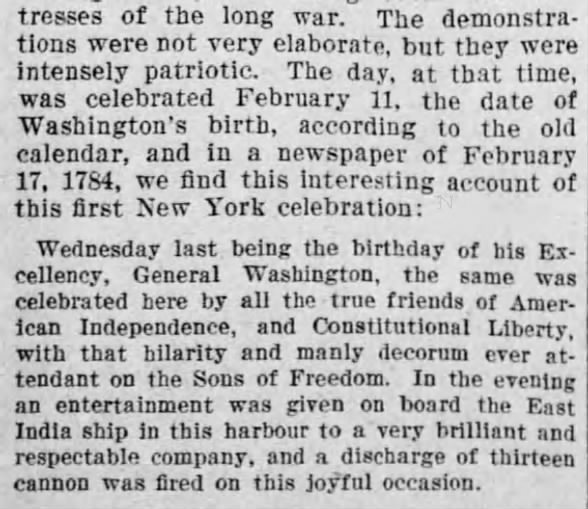 Boston’s first official public celebration of Washington’s birthday was reportedly in 1856. Luckily, the February weather cooperated because there was a lot planned for that day: 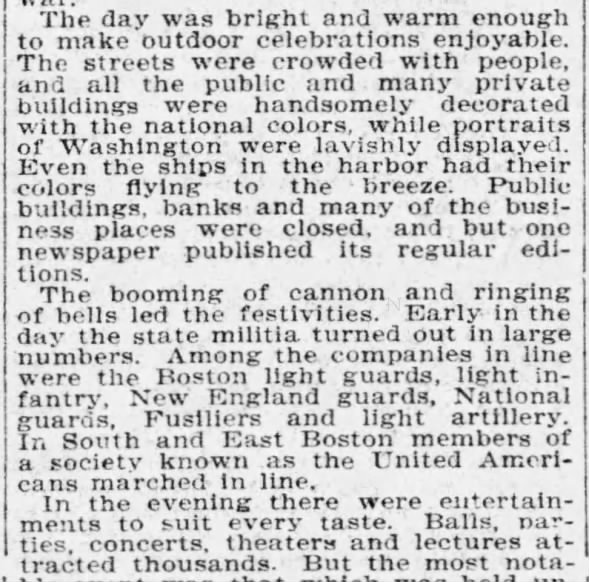 However, this 1888 newspaper article documented what appeared to be a diminishing enthusiasm for celebrating our first president’s birthday in the late 19th century: 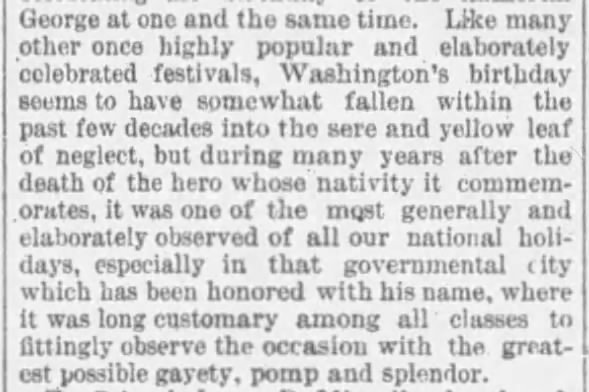 Though the popularity of public celebrations for Washington’s birthday was declining, people still hosted private parties. These party ideas come from 1905, and colonial-themed accessories, cherries, and miniature hatchets were the order of the day: 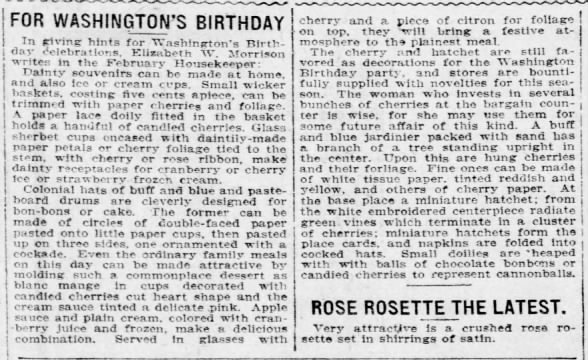 But perhaps one of the most persistent—and delicious—traditions associated with George Washington’s birthday is cherry pie, stemming from the legend of him chopping down a cherry tree as a youth: And cherry pie is a tradition that a lot of us can probably get behind. Happy birthday, George Washington! And Happy Presidents’ Day!