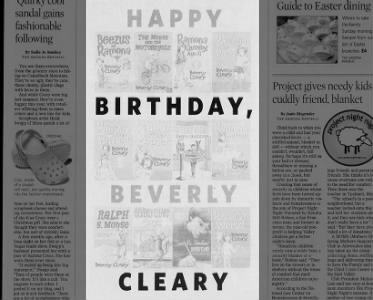 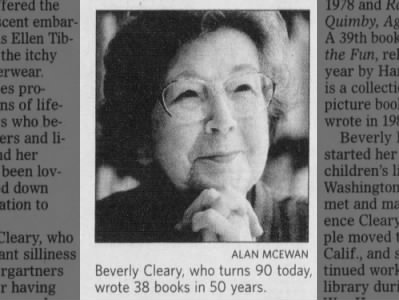 Cleary worked as a librarian before turning to writing books. In her many interviews, some of which can be found in the newspapers linked here, she mentions that during her time tending the shelves she came to the realization that not many books represented children as they were—messy, imperfect, adventurous and clever. Children had trouble finding characters they related to, and she had trouble finding books to recommend. She decided she wanted to create characters who experienced childhood like she had, in a neighborhood much like the one she’d grown up in. And so Cleary’s characters—like Ribsy, Ralph, Henry, Beezus and Ramona—well-known now by so many, were born. And real-life children loved them. 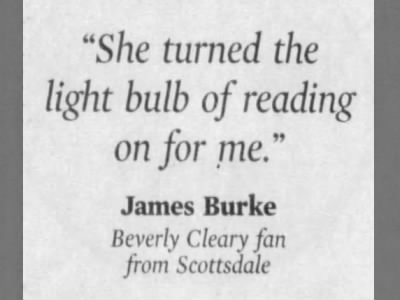 In 1975 Cleary was thanked for her lasting impression on children’s literature when she was granted the Laura Ingalls Wilder Award. It was the first of several more awards to come. 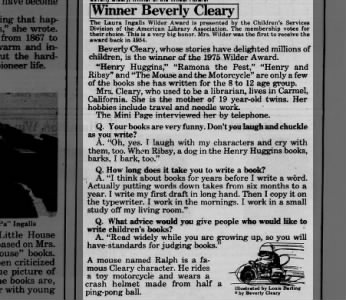 Perhaps her best-known character, and one of the best-known children’s book characters of all time, is Ramona Quimby, a spunky little girl with a whole bunch of curiosity. Did you grow up with Ramona? Try your hand at this quiz (click the image for a larger version): 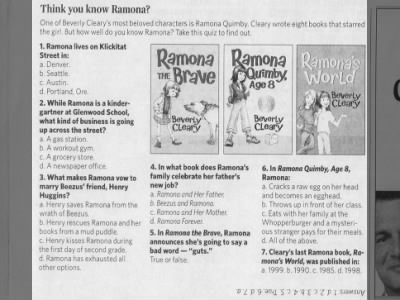 Though Cleary has since decided not to publish any more books, she has never stopped championing the importance of reading. 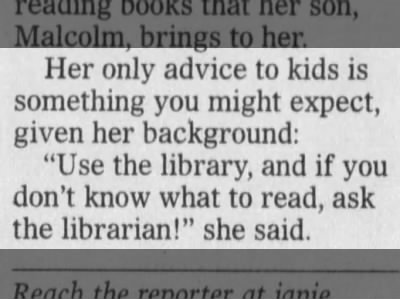 Find more on Beverly Cleary on Newspapers.com. Make a search on her name, characters, awards, or on something else entirely—it’s up to you!