This is a great week for famous children’s book authors. J. K. Rowling was born on this day in 1965, making this her 50th birthday. July 31st was the birthday also given to the character that would make her famous, Harry Potter. 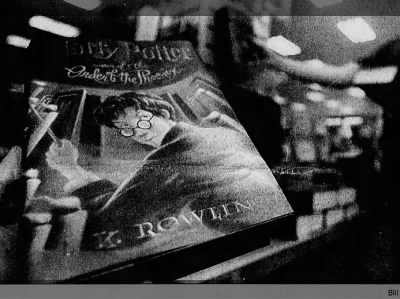 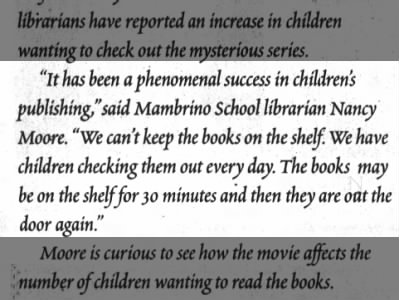 As the article above mentions, the books were an instant hit, and with their popularity came the clamor for more. More books, of course, and later a series of eight movies. Harry Potter is now a beloved cultural icon and a name known by millions in the real world, just as it was in the world of wizards and muggles.

Newspapers in the early 2000s did not skip out on their fair share of Harry Potter love. Search “Harry Potter” on Newspapers.com and you’ll see a flood of articles starting the year after the first book was published. In honor of the birthday of “The Boy Who Lived,” here are some Harry Potter facts you may not know from the Hood County News (2001): 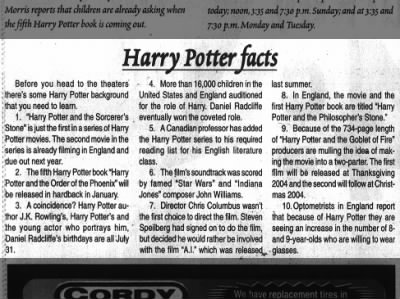 Fact 3 is almost true—Harry Potter lead Daniel Radcliffe’s birthday is actually July 23rd. And though the Goblet of Fire ended up being released as a single film, the seventh Harry Potter book did become a two-part movie deal in the end.

Not familiar with the world of Harry Potter? Not to worry! This clipping from the Indiana Gazette in 2003 gives a rundown of the books’ most central characters: 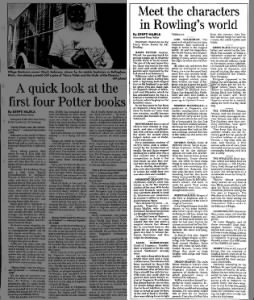 If you’re a fan of Harry Potter and like to test your stuff, try out this quiz from 2005, once again found in the Indiana Gazette: 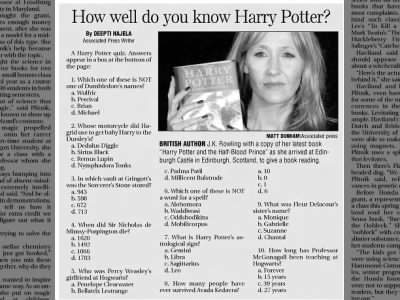 Of course there are many more articles to be found. A general search of “Harry Potter” brings up these results, but try specific years or names for more narrowed down articles about the author, her books, or her characters.

Newspapers.com has millions of pages that can be searched or browsed through for any other topic of choice, or you can look through specific papers here.