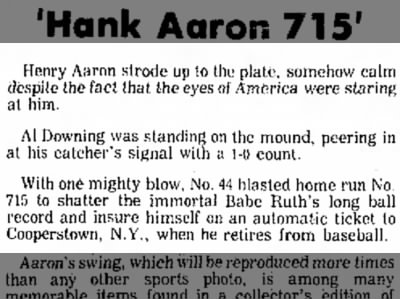 The above clipping describes Hank Aaron’s record-making moment on this day in 1974. After finishing the previous season only one home run shy of making history, the victory was truly one for the books.

The months leading up to that historic swing were pretty rough for Aaron. Expectations were high and fans were waiting to see Aaron take the record that had been held by Babe Ruth for nearly 40 years. 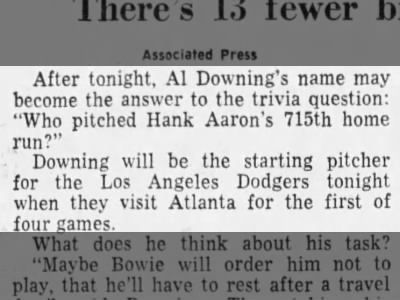 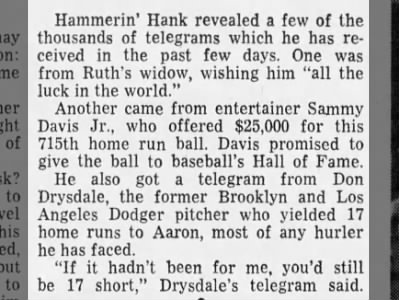 He certainly had his share of haters. A large portion of the incredible amount of mail Hank Aaron received included death threats and general vitriol. The racism and hatred toward him was so strong and so persistent that Aaron himself feared he might be killed before the 1974 season ever came around.

Peanuts writer Charles Schulz addressed the hate mail in a string of his August 1973 comic strips, in which Snoopy is also attempting to break the home run record and receives similar reactions. 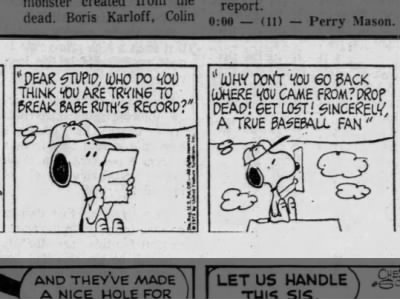 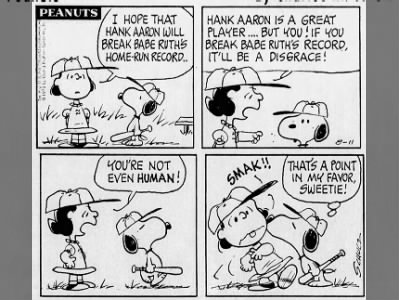 But, detractors notwithstanding, Aaron won the day in the Braves’ home turf of Atlanta to roaring applause and a standing ovation. 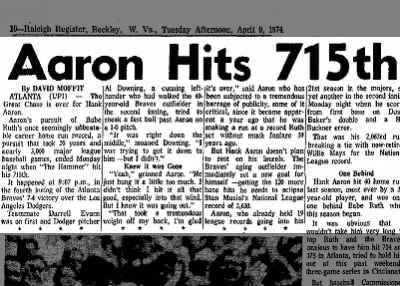 Aaron went on to hit another 40 home runs during his career, retiring with a total of 755. He held the record for most home runs until it was broken by Barry Bonds in August 2007.

Find more about Hank Aaron’s world-record moment, Babe Ruth, other news-worthy moments in baseball history or a topic of interest to you with a search on Newspapers.com.