In August of 1835, the fledgling New York Sun printed the most astonishing news. Life had been discovered on the moon! An excited public ate it up, and what may have been intended as a satirical poke at past religious and “scientific” articles became the Great Moon Hoax. 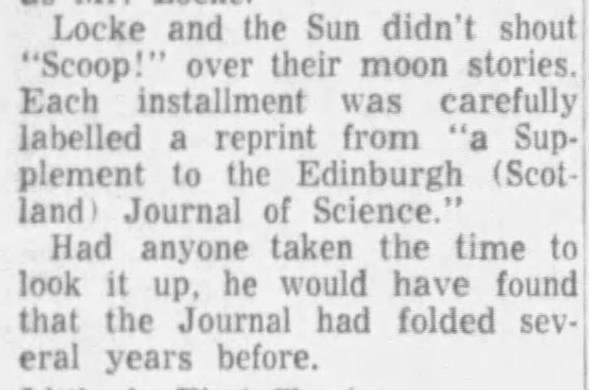 Story was a “reprint” from a supplement to the (nonexistent) Edinburgh Journal of Science Tue, Oct 1, 1957 – Page 14 · The Ithaca Journal (Ithaca, New York) · Newspapers.com

As described in the clipping above, probable author Richard Adams Locke presented the article as originating from the Edinburgh Journal of Science. That, along with the name-drop of famous astronomer Sir John Herschel, lent credibility to an otherwise incredible story.

With the use of a powerful telescope, “Herschel” and his (entirely fictional) colleague, Dr. Grant, were able to make some remarkable discoveries on the moon’s surface. First, the article describes the land and vegetation. 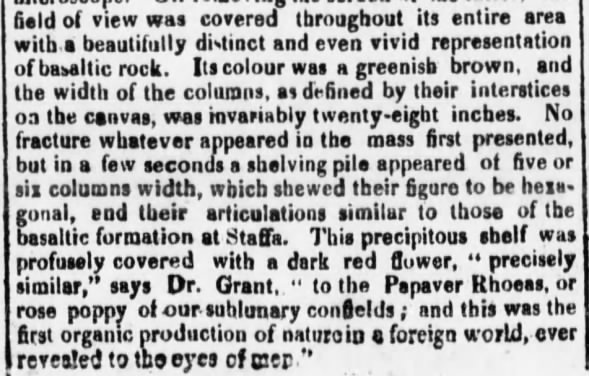 There were descriptions of beautiful beaches lining deep blue water, green marble walls of stone, huge pyramidal amethysts that stretched for miles, and red, crystallized hills. But the most amazing discovery of all were the creatures. 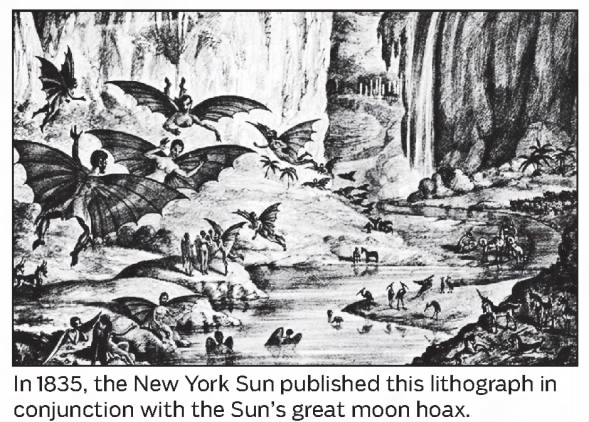 Herds of something like bison, tail-less beavers that walked upright, majestic birds,  beautiful black-antlered stags, and blue goat-unicorns were just some of the fauna described in “Dr. Grant’s” account. But the most exciting and sensational discovery of all was the humanoid “man-bat.” 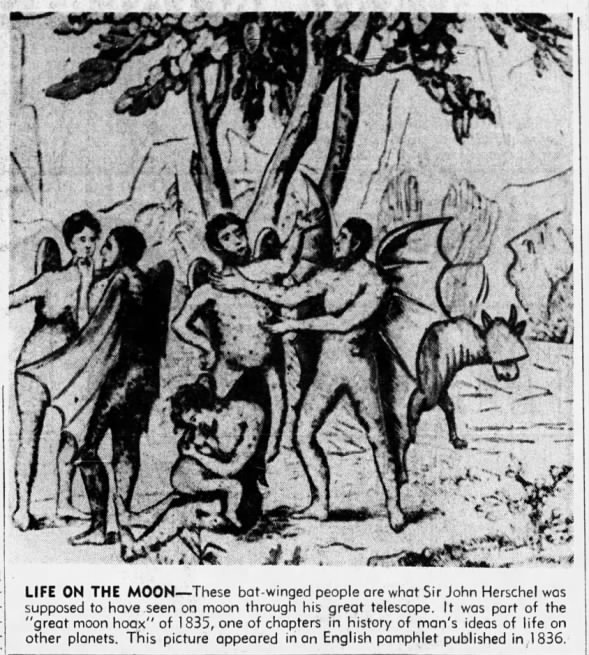 It sounds ridiculous now, and to many it sounded ridiculous then. When the telescope that brought all this marvelous insight into the life on the moon “broke,” it didn’t take long for the truth of the hoax to come to light. Oddly enough, most people didn’t really seem to mind.

Who needs the truth when you can have a good story?

Find more on the Great Moon Hoax of 1835, including the original articles that were circulated at the time of the hoax, with a search on Newspapers.com.