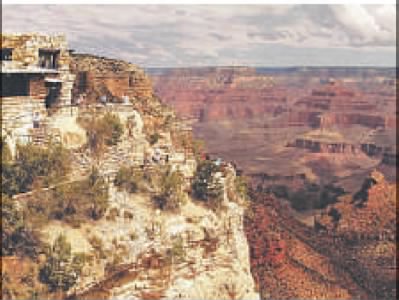 On this day in 1908, President Theodore Roosevelt makes the Grand Canyon an official national monument—800,000 acres of it, anyway. That sounds like a lot, and it is—it’s about two-thirds of the canyon’s massive size. 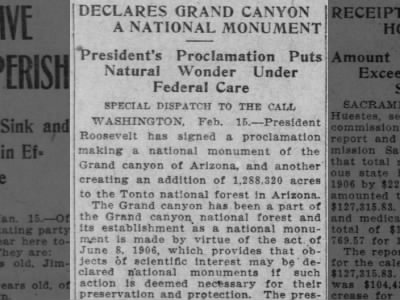 President Roosevelt was dedicated to environmental conservation, so much so that he was called the Father of Conservation (though he’s not the only one to earn such a title). Protecting the Grand Canyon with his declaration was just one of many steps taken during his presidency to preserve the landscapes and wildlife he’d admired all his life. 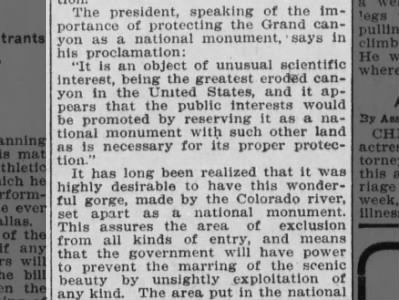 Have you been to the Grand Canyon? Got plans to go in the future? It certainly is a sight to see.

Find more on the Grand Canyon and Theodore Roosevelt’s focus on the environment with a search on Newspapers.com.