Ah, the 1920s: a time of flappers, bootleggers, insidious jazz music, and of course, that “newest and cleanest of all sports,” Flagpole Sitting. 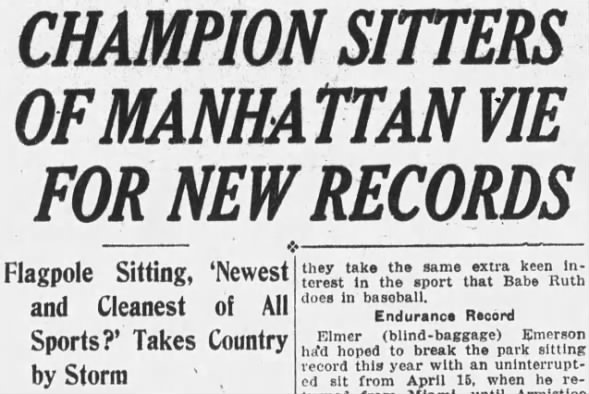 Flagpole sitting Sat, Jun 25, 1927 – Page 5 · Wilkes-Barre Times Leader, The Evening News (Wilkes-Barre, Pennsylvania) · Newspapers.com
When a trend meets a stunt, you get something like flagpole sitting. It began, most likely, as a publicity stunt for a department store or some such place, but it didn’t take long to become a sensation. Those with a competitive streak and enough stamina would set a little platform on top of a literal flagpole (thus the name), and see just how long they could sit up there. 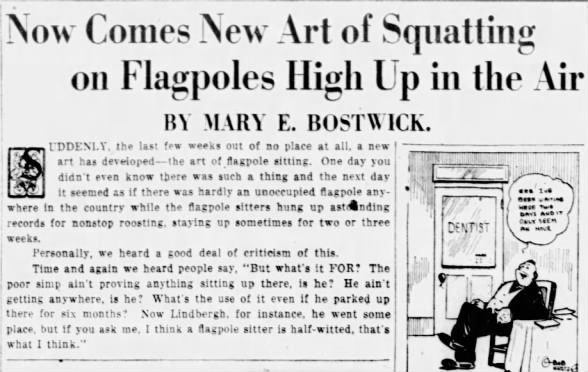 Sun, Aug 7, 1927 – Page 60 · The Indianapolis Star (Indianapolis, Indiana) · Newspapers.com
Records were made and broken and made again, women and men competed against each other, and the most successful “sitters” earned the kind of fame that only comes by sitting on top of a pole for days at a time. Betty Fox was one of those people, whose beauty and endurance in the art/sport of Flagpole Sitting earned her a decent number of headlines in the late 1920s and early 30s. 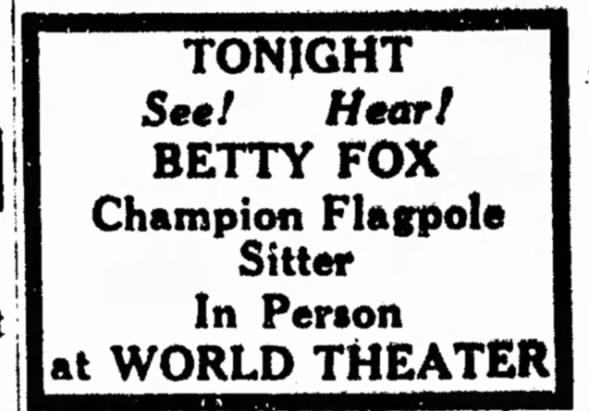 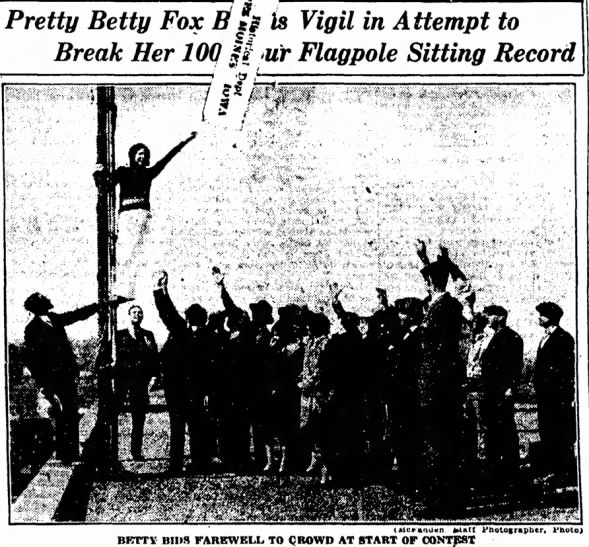 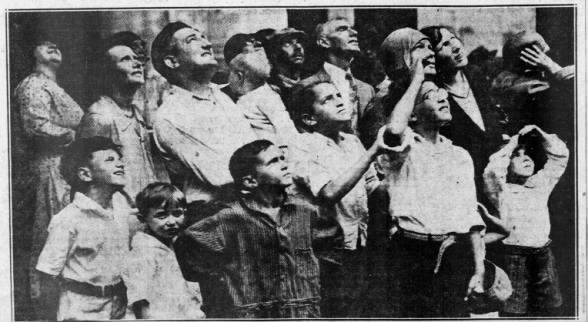 But perhaps the most famous name to be connected with the practice was Alvin “Shipwreck” Kelly, the man who started it all. It was he who, for that publicity event or maybe just on a dare, first climbed the pole into national fame. His first sit in 1924 lasted 13 hours and some change, and years later he broke all the existing records with a 49 day sit in 1929. The Great Depression basically put an end to this particular kind of stunt, though not completely. Some stalwart fans of Flagpole Sitting brought it out of the era of its nascence, breaking records into the 50s and 60s and beyond. But for the most part, like flapper dresses and the Lindy Hop, it has been left behind in earlier decades.

Find more on Flagpole Sitting with a search on Newspapers.com.