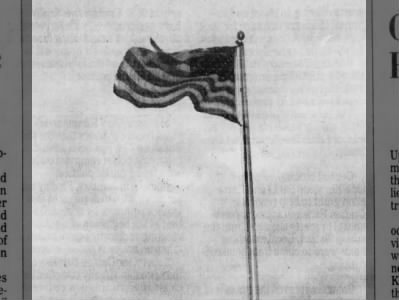 On June 14th each year, we celebrate Flag Day. This day was set aside in the early 20th century as a day to recognize the flag of the United States and all that it stands for.

The day chosen to honor the flag is significant—on June 14th, 1777, the Stars and Stripes were adopted as the nation’s flag. 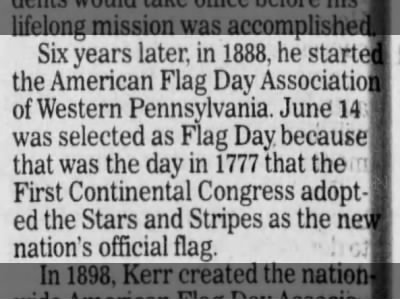 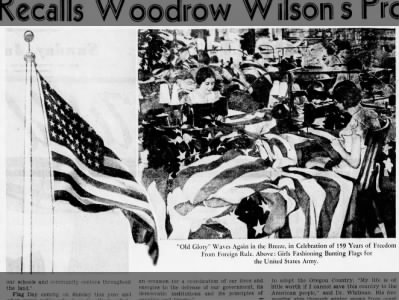 The first observed Flag Day was on this day in 1877, the 100th anniversary of the flag’s creation, and in the following years several states continued to practice the holiday. 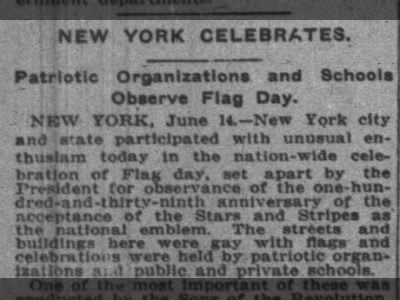 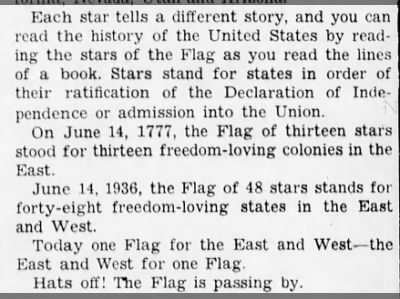 In 1949 Congress made Flag Day official, and it is still celebrated today with flags galore on homes and in communities across the country.

For more on Flag Day, try a search on Newspapers.com.