April 22, 2020, is the 50th anniversary of Earth Day. Inspired by the anti-war movement of the 1960s, this now-global effort was first introduced by Wisconsin senator Gaylord Nelson in 1970. Nelson encouraged teach-ins on school campuses in the wake of rising awareness about pollution and its effect on public health and the planet, and millions of Americans joined in for the cause with classes, demonstrations, and projects. 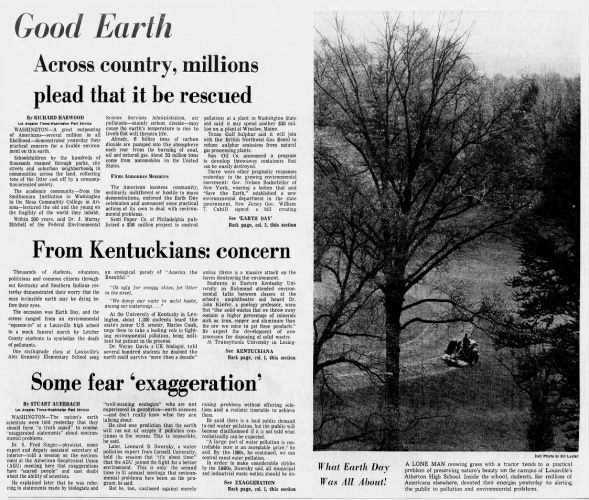 The first Earth Day drastically raised public interest in conserving the environment and reducing pollutants. It’s considered to have begun the modern environmental movement. As the clipping below states, it is now the largest civic observance in the world. 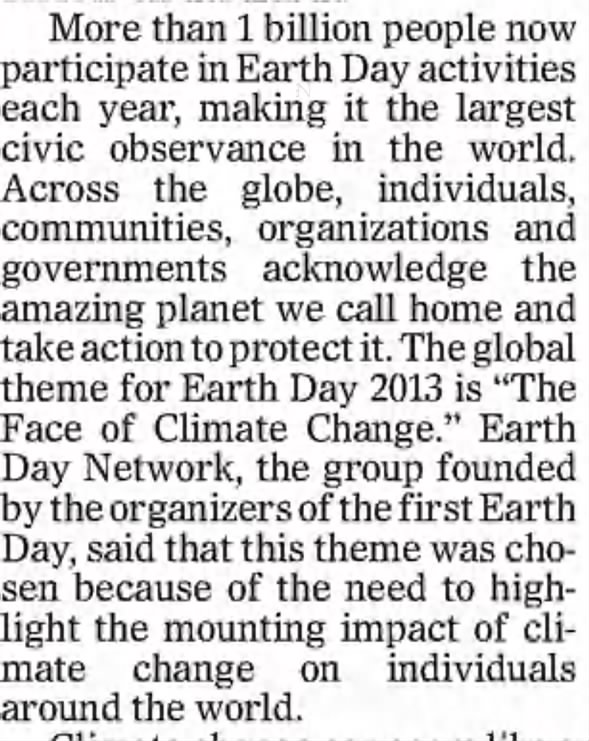 Now a global effort each April, Earth Day is given a focused theme. The theme for 2020 is “climate action,” with a focus on digital involvement. Have you participated in observances before? How do you join in?

Find more clippings and history about Earth Day through the years with a search on Newspapers.com.