Emma Lazarus and The New Colossus

Most recognize the lines, “Give me your tired, your poor, your huddled masses…” as an excerpt from the plaque affixed to the base of the Statue of Liberty. But do you know the rest of the sonnet, or the name of the woman responsible for its existence? 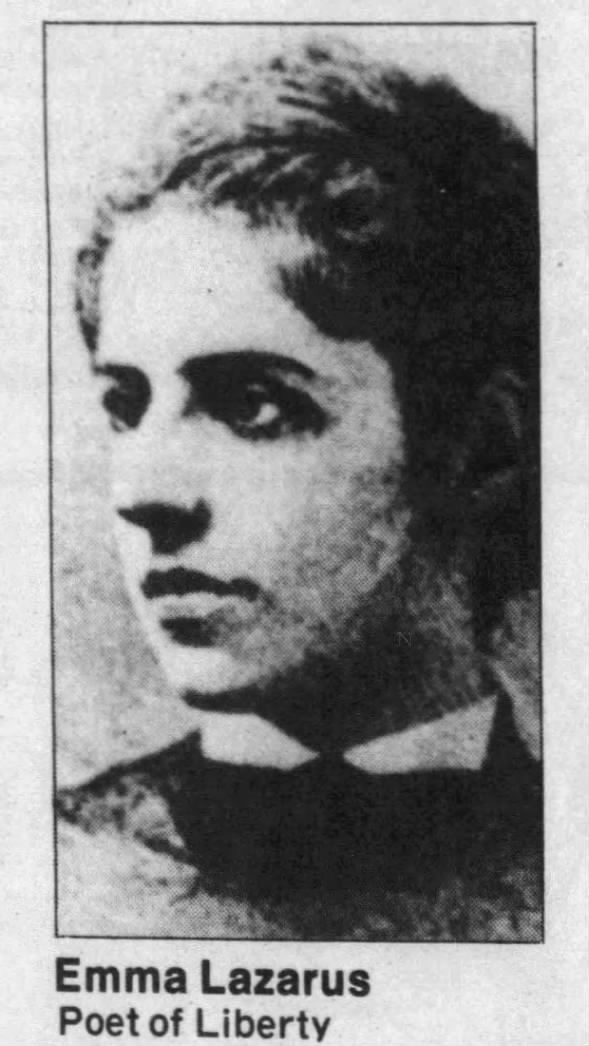 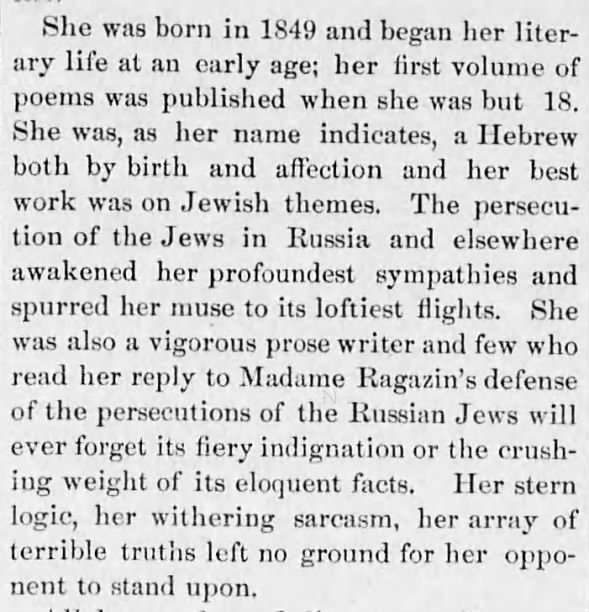 Lazarus’ poetic talent was recognized and encouraged by friends like Ralph Waldo Emerson, and often inspired by her concern for the plight of Russian Jews seeking refuge from the rampant antisemitism and political turmoil in Russia at the time. She was widely published and well-respected in her day, and in 1883 was asked to join in a fundraising effort to build the base of the yet-to-be-acquired Statue of Liberty. Though she initially declined, her passion for the topic led her to write “The New Colossus.” 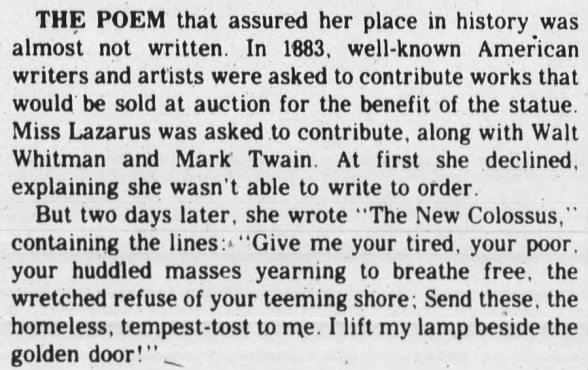 The poem was well-received, but wasn’t yet as tied to the imagery of the statue as it is today. The statue arrived in 1885 and was unveiled, and two years after that Emma Lazarus died, having suffered from cancer for several years. It wasn’t until the early 1900s that her friend brought renewed attention to Lazarus’ poem and suggested a plaque be added to the statue in her memory.

Lazarus’ now-famous poem is shown in full in the clipping below:

Find more on Lazarus and the history of the statue with a search on Newspapers.com.