Maybe you remember him from watching the 1988 Winter Olympics. Maybe you’ve seen the trailers for the movie that comes out today. Or maybe you’ve never heard of him at all. Whatever your experience, Eddie “the Eagle” Edwards’ story is certainly one worth knowing. 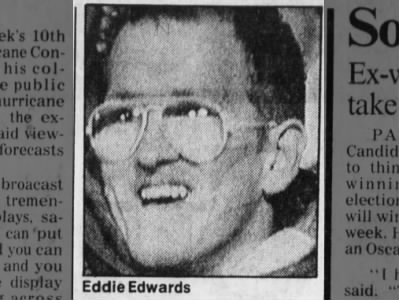 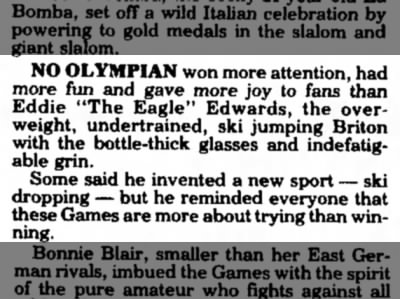 Edwards was a good downhill skier with a dream and pretty negligible funds. To increase his chances of making it to the big time he decided to switch to ski jumping, where he had the benefit of zero competition—Britain wasn’t exactly known for its ski jumpers.

Edwards was an unlikely competitor in the sport. He was slightly overweight compared to other jumpers, used other people’s equipment because he couldn’t afford his own, and sported some very thick glasses (which fogged up constantly in the cold) to compensate for severe farsightedness. 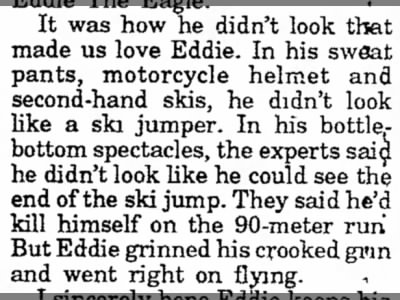 Edwards placed 55th in the world during the World Championships in 1987. As the sole British ski jumper this immediately qualified him to compete in the 1988 Winter Olympics. 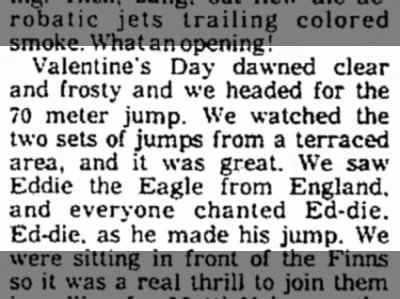 Spoiler alert: Eddie the Eagle did not win the Olympic ski jumping competition. In fact, he placed last in both the 90 m and 70 m events. But his quirky appearance, sense of humor, and indomitable will to give it his all despite his lack of success endeared him to viewers around the world. It was here he earned the nickname “the Eagle” for his determination to soar in the ski jump. He became an extremely popular celebrity with the media and was hailed as an exemplar of the true Olympic spirit.

And as for Edwards himself? It didn’t matter than he hadn’t won the gold medal. For him, having his chance in the Olympic Games was its own incomparable prize. 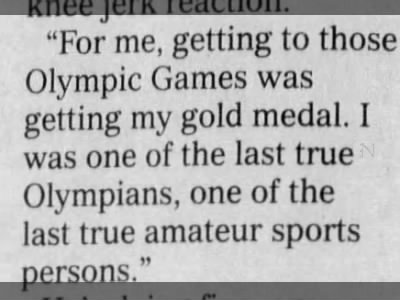 Despite his popularity, many found the incredible amount of attention garnered by an amateur to be an embarrassment to the games. Edwards’ popularity and success was considered a distraction, taking the spotlight off of athletes who had trained for years and performed well in the competitions. Shortly after the 1988 Games, stricter qualification rules were put in place to prevent others from following Edwards’ example. 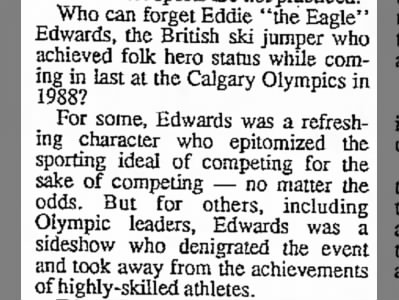 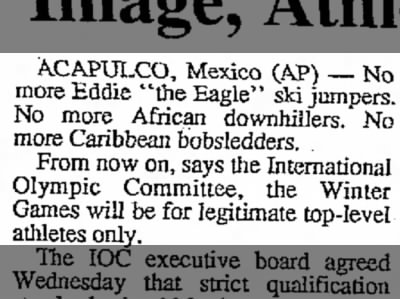 Edwards continued to ski jump, aiming for a spot in the Winter Games in ’92, ’94 and ’96. He didn’t qualify for any of these Games, but his spirit never flagged. 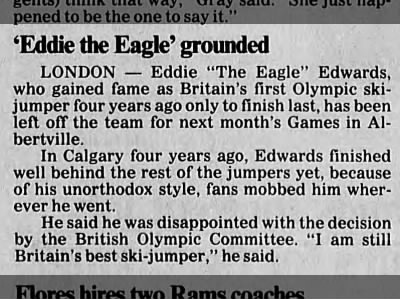 In 2010, Edwards returned to Canada to participate as a torchbearer in the 2010 Winter Olympics.

There are thousands more articles to find on the Olympic sensation that is Eddie the Eagle. Look through the results of this search or use the search page to make a search of your own on Newspapers.com.