The slow descent of the countdown ball in Times Square is perhaps the most iconic tradition associated with bringing in the New Year, and it all began over 100 years ago. The fledgling years of the 20th century were full of exhibition and spectacle, and the New Year made the perfect setting for such a display. And who was the man responsible for dropping the ball on New Year’s Eve? 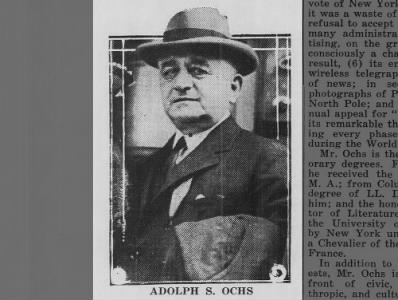 Adolph Ochs, one-time owner of the prestigious New York Times. In 1904 he had the paper moved to a new building on Manhattan’s Longacre Square, which was renamed Times Square by the city. To show off his new headquarters and draw publicity to the paper, Ochs gave a fireworks show on the street on New Year’s Eve. In 1908, the first New Year’s Eve ball was made by Artkraft Strauss and dropped to ring in the new year under Ochs’ direction—he hoped it would bring even more attention to the area. The ball has dropped from the heights of Times Square every year since, except during wartime blackouts in 1942 and 1943. 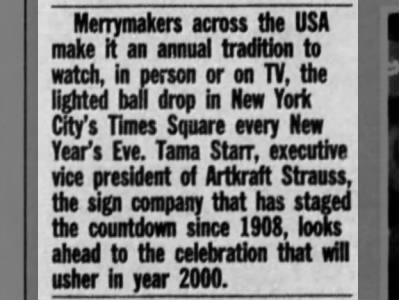 The first Times Square Ball was a 700 lb marvel of iron and wood, lit with 100 incandescent lightbulbs. When the need arose, Artkraft Strauss continued to manufacture new versions of the ball. Updates have been required over the years to keep pace with improvements in lighting and occasionally to reflect the sentiments of the city and country. 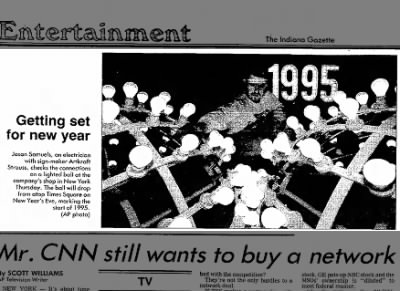 For more like this, try a search on Newspapers.com to learn about the history and origins of traditions like the New Year’s Eve ball drop or other subjects that pique your interests.