On this day in 1897, Bram Stoker’s sensational novel Dracula is released upon the London public. 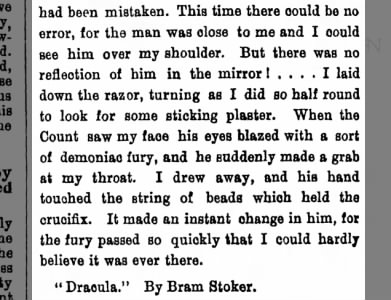 …and it was pretty well received! By most, anyway. Though some reviewers found the novel not to their taste, many remarked on Dracula‘s ability to capture your attention from beginning to end. 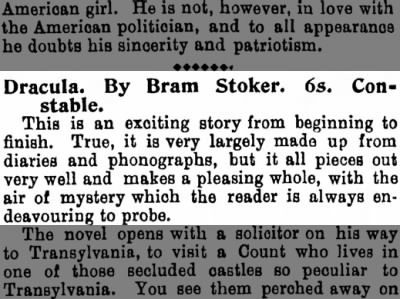 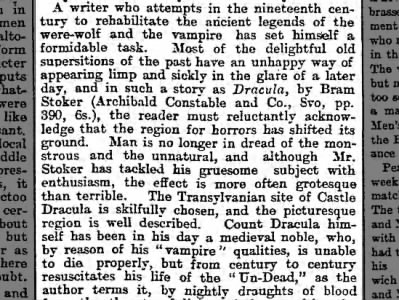 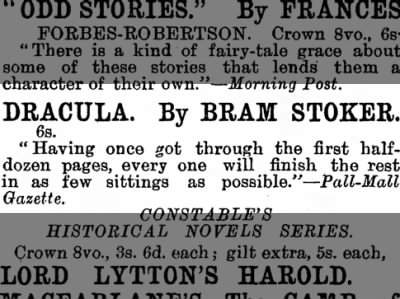 Dracula has since become one of the quintessential classical Gothic novels and has inspired countless other stories in the years since its release.

Find more like this on Newspapers.com with a search, or try your luck with browsing.