It’s no secret that back in the day, career-oriented women had a rough time. Many tried, despite cultural expectations, and were discouraged by family, friends, and men in their fields from continuing. Some managed to stick to it through the opposition and make an impact as a 19th century woman. And some found it necessary to give up the whole “woman” thing altogether, like Dr. James Barry. 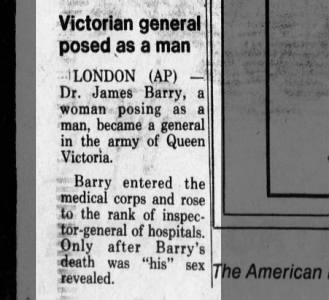 Dr. Barry was born Margaret Ann Bulkley, but chose to live as a man in order to be accepted as a student and become a surgeon. The secret of Barry’s identity was only revealed after his death. 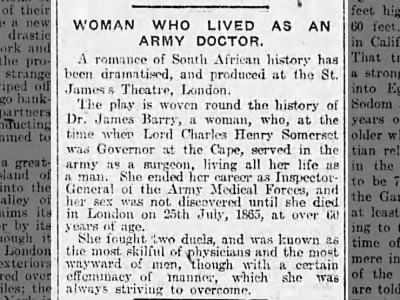 Though Barry was apparently a pretty rough character who often got into conflicts (some of which led to duels), he was also known to be an excellent surgeon with good bedside manner. His insistence on better conditions and diets for all patients, including the poor, was also a large aspect of his character.