On this day in 1918, German fighter pilot Manfred von Richthofen was killed. Both notorious for his deadly record and respected for his skill even by his enemies, he was known as “The Red Baron.” 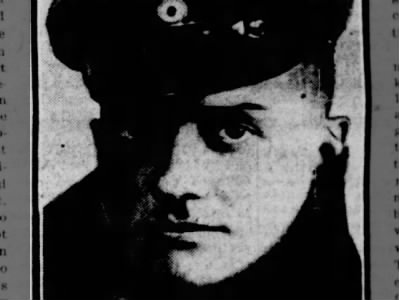 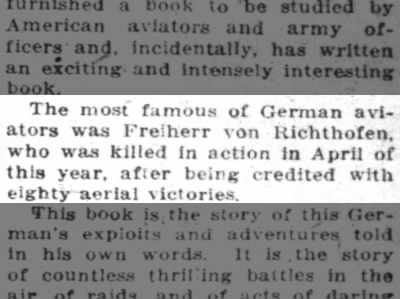 Richthofen’s flying career began in 1916, and he immediately proved himself in the field with his 15 victories against enemy aircraft in the first year. 1917 saw his incredible record continue to climb as he became a terror of the skies in the red-painted Fokker triplane that led to the “Red” half of the Red Baron nickname. He also published an autobiography, after which this post is titled, and his skill and character were so admired that even those who supported the Allied troops grudgingly admitted that maybe he wasn’t completely terrible. 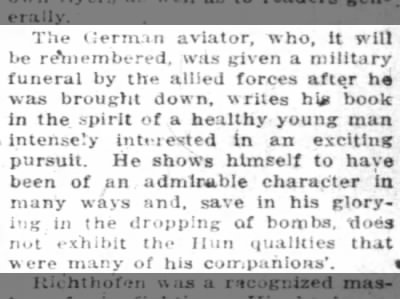 By April 1918 Richthofen had an unprecedented 80 victories to his name, making him the ace-of-aces of the war. But we already know how this story ends. On April 21, while flying low in pursuit of an Allied plane, the Red Baron was shot with a single bullet through the chest. There are multiple theories about who fired the shot, but there is no debate that it was fatal. As stated in the above clipping, Richthofen, only 25 years old when he was killed, was given a full military funeral by the Allied squadron responsible for his body. 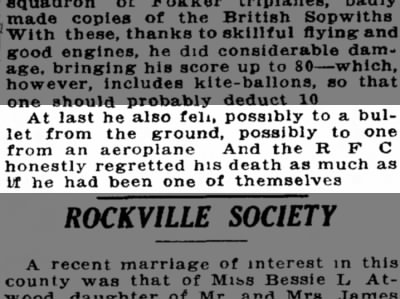 Find more on the Red Baron, his career, and his death in the pages of Newspapers.com. Or, search or browse for clippings about a topic of interest to you.

One thought on “Der Rote Kampfflieger”