In early 1817, a mystery woman showed up in the town of Almondsbury in Gloucester, England. She seemed disoriented, and when she spoke her words were incomprehensible babble. The only thing anyone could discern was that she called herself “Caraboo.”

The young lady was taken in by a Mr. and Mrs. Worrall, who tried to make sense of her. Several days after her arrival, a man named Manuel Eynesso (conveniently) appeared and said he could understand Princess Caraboo’s strange language. Her remarkable story, which he “translated,” was a sensational one, complete with pirates, death, and daring escape. 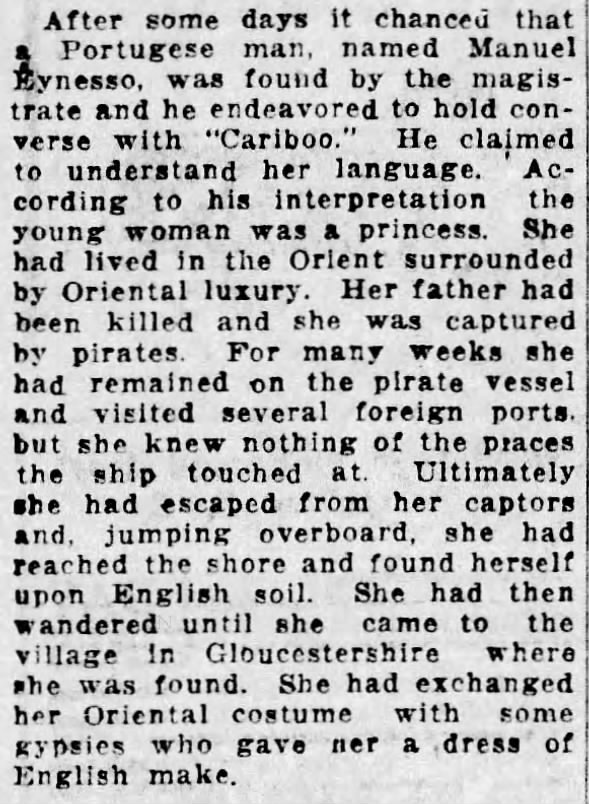 The story certainly caught eyes; the princess Caraboo’s story gained her national attention and she became a favorite with local dignitaries. She enjoyed her fame for several months, but the very celebrity that gave her such a comfortable life proved to be her undoing. A woman named Mrs. Neale recognized “Princess Caraboo” as none other than her old serving maid, Mary Willcocks (sometimes called Mary Baker in contemporary reports). A (likely embellished) account of the shocking reveal is recounted in this 1924 article: 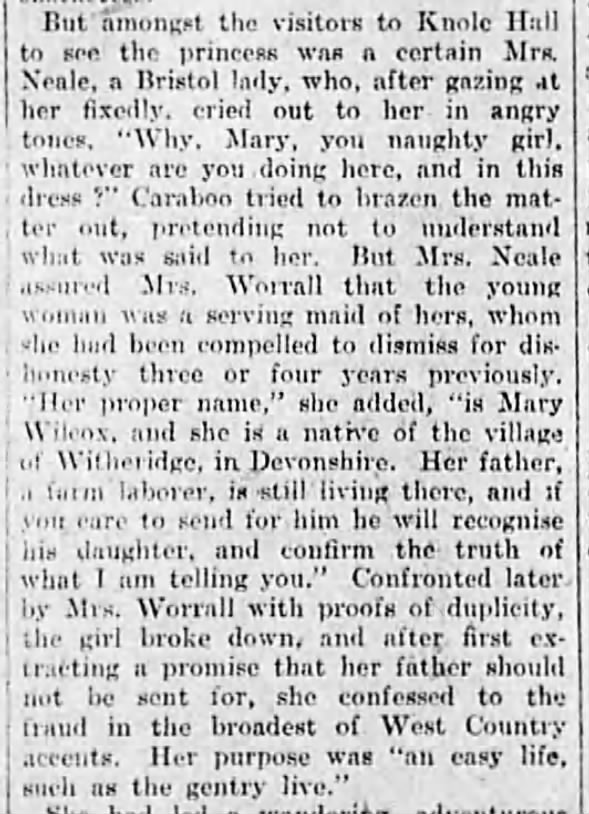 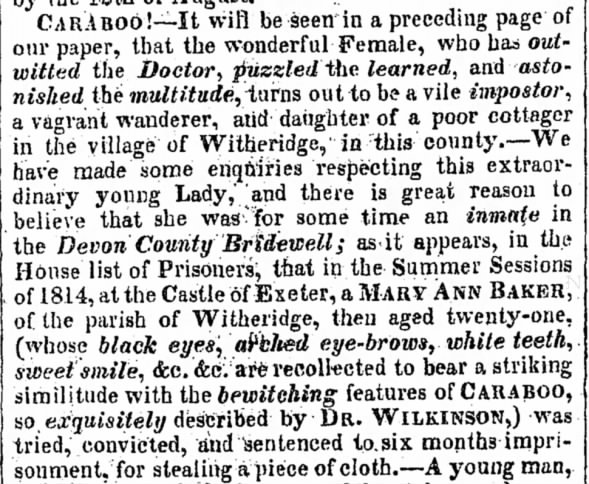 And so the jig was up. Caraboo’s inscrutable language had been an invention, cobbled together nonsense mixed with real words she’d learned on the road before her arrival in Almondsbury. Her convincingly foreign behaviors had been picked up here and there from sailors and travelers. The man who had “translated” her story had been in on the ruse all along.

The papers had a hey-day repeating the truth of the matter and having a laugh at the gullible Gloucester town. One article, with a bit more sympathy, even joked that Mary Willcocks’ beauty may have had something to do with it:

A surprisingly soft-hearted Mrs. Worrall funded her travel to America, where Mary Willcocks seems to have used her fame to garner further attention with some small success. She also supposedly met and became a favorite of Napoleon Bonaparte, but that story has never been confirmed.

Mary eventually returned to Europe and married Richard Baker, with whom she had a daughter. She also took up a career selling leeches to a hospital—a job that some found ironic: All in all, the one-time sensation “Princess Caraboo” seems to have settled down to live out the rest of her fairly normal life—under her real name, this time.

Find more about Princess Caraboo with a search on Newspapers.com.