In the past, there have been many actresses whose talents and innate understanding of emotion and character have brought them fame and fortune. But perhaps none were quite as unique as the famous American actress, Charlotte Cushman. In the mid-1800s her ability to step easily into male roles was the talk of the stage and made her a celebrity whose name was known far and wide.

Cushman began her time on the stage as an opera singer, but was forced to make a change of career when her voice gave out. She stepped into the world of acting in 1835, to great success. But it was her performance as Romeo a few years later, with her younger sister Susan in the role of Juliet, that made her famous. 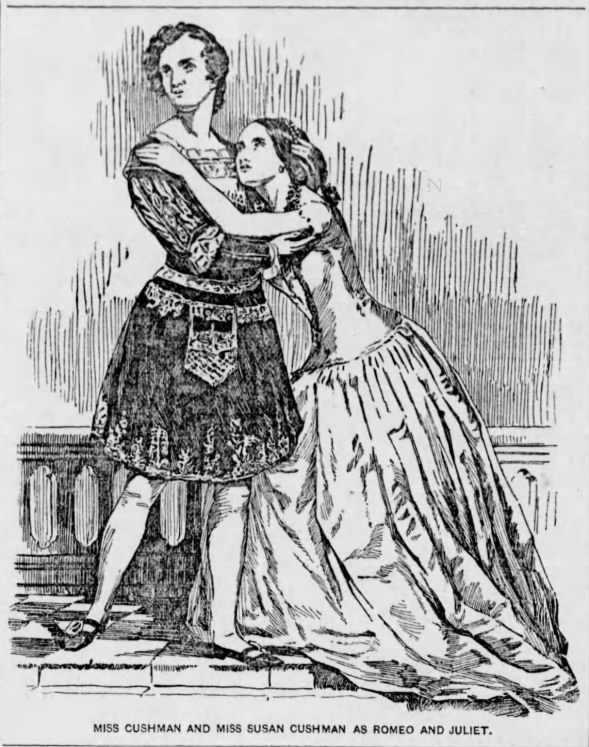 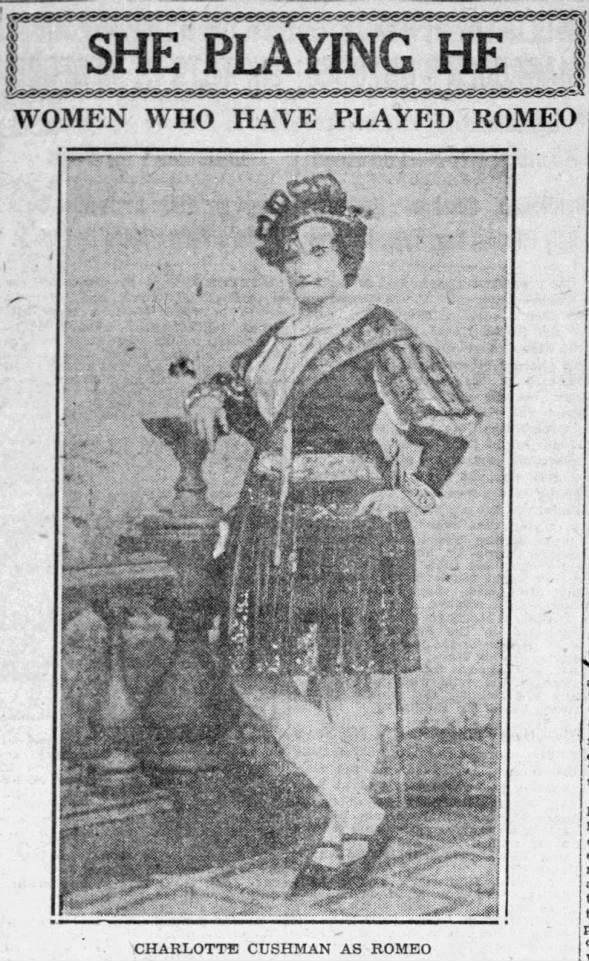 Charlotte Cushman as Romeo Mon, Sep 26, 1927 – 14 · The Boston Globe (Boston, Massachusetts) · Newspapers.com
Romeo would be the role for which she was known and remembered even after her death, and one that she played for well over a decade. Her much-admired performances earned her reviews like the one below, by dramatist Sheridan Knowles: 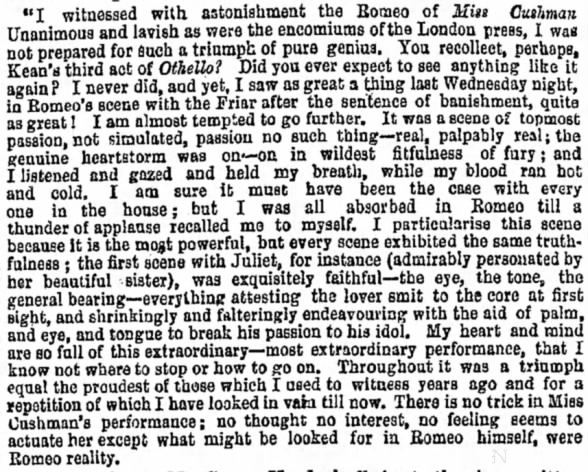 Review of the performance of Miss Cushman as Romeo and her sister as Juliet Sun, Feb 12, 1860 – 9 · The Era (London, Greater London, England) · Newspapers.com

Cushman was also successful in the role of Hamlet, and, more unusual for women of the time, as Cardinal Wolsey in Henry VIII.  She didn’t exclusively play male roles, either, often capturing audiences as female leads like Queen Katherine and Lady Macbeth. 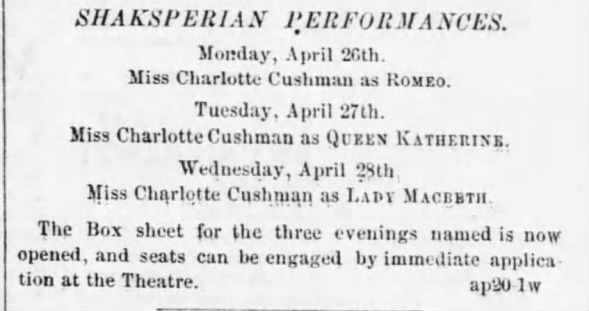 When she died of pneumonia at age 59, papers praised her career and admirable life. But, as with many things, her fame has faded with time. 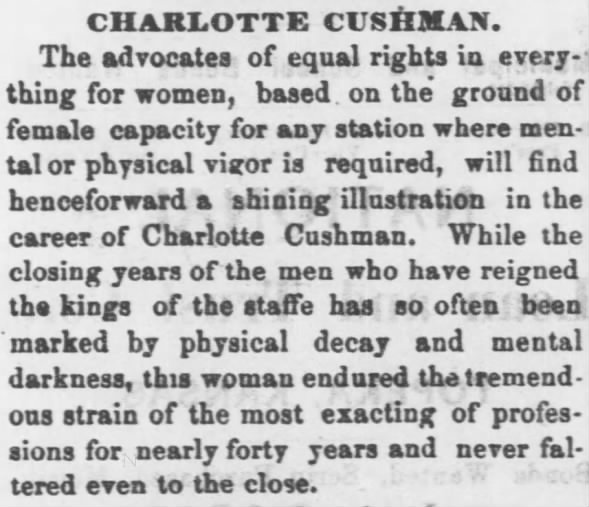 Find out more about this extraordinary actress with a search through the archives of Newspapers.com.