Welcome one and all to March 14th, the day that has become a celebration of mathematics and dessert known as “Pi Day”: 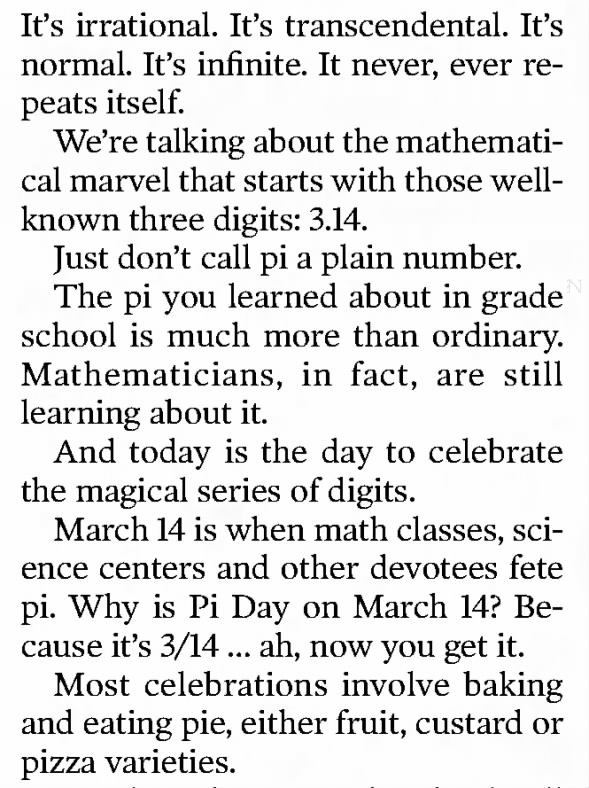 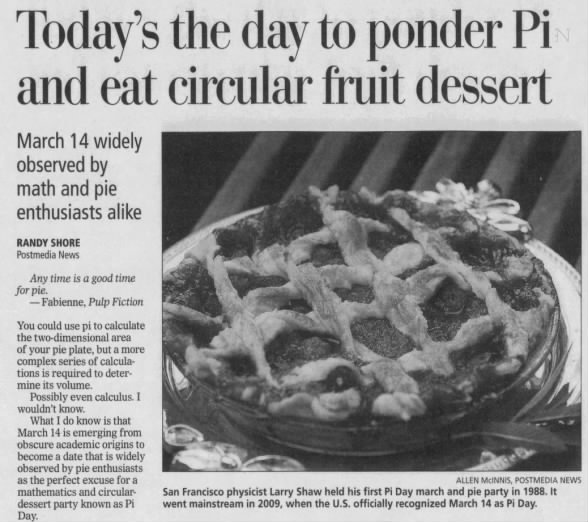 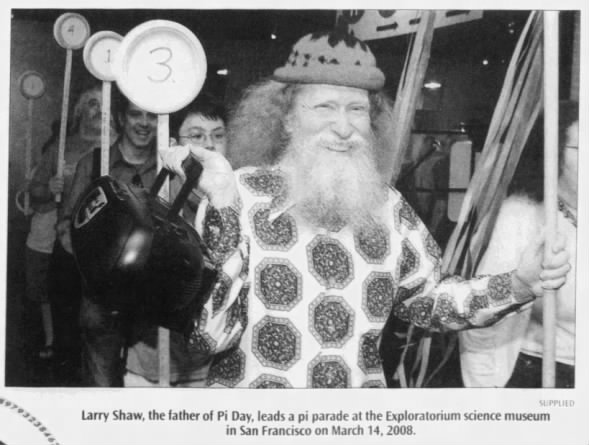 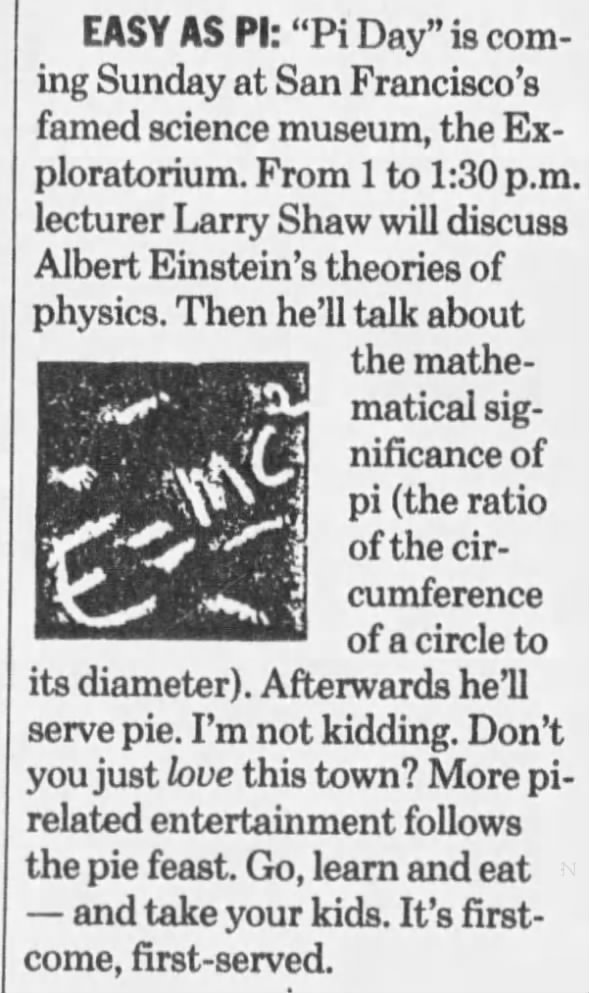 Happy March 14th, everyone! Find more on Pi Day with a search on Newspapers.com.

Happy Valentines Day! This day has its share of nay-sayers, and not without reason. Though some have more commercial concerns in mind, most find that lacking a significant other can really put a damper on a holiday centered around love. Such concerns are sprinkled throughout the papers, and with them come some rather unusual solutions. Some might call them superstitions, others call them spells. But all are said to be effective in leading you to love.

The first method to snatching up a sweetheart involves hemp seed and, ideally, a church. 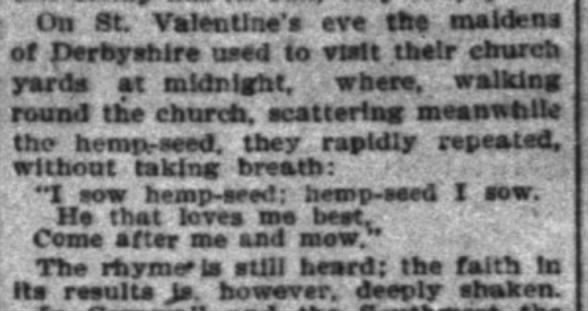 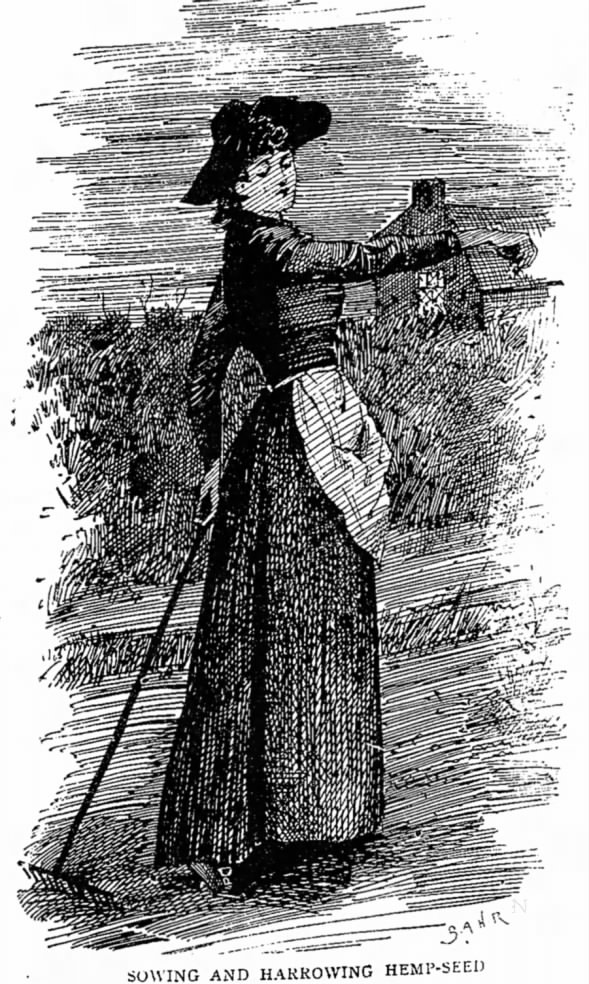 Lacking in hemp and/or churches? No problem. Just substitute hemp for barley and the church for an apple tree. You could even go for it on a different holiday, if you like: 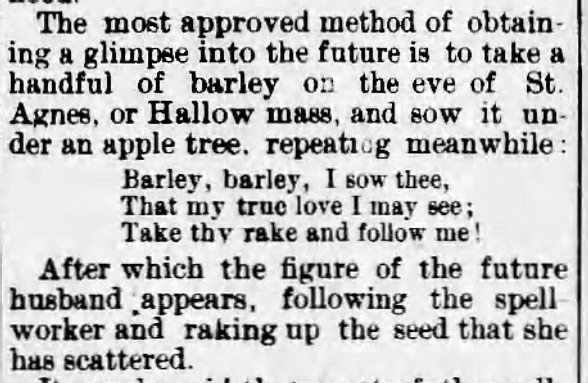 It comes as no surprise that flowers can play a big role in matters of the heart. They have long been associated with Valentine’s Day, often gifted as a token of love. This is about love too…but it comes at it in a slightly different way. 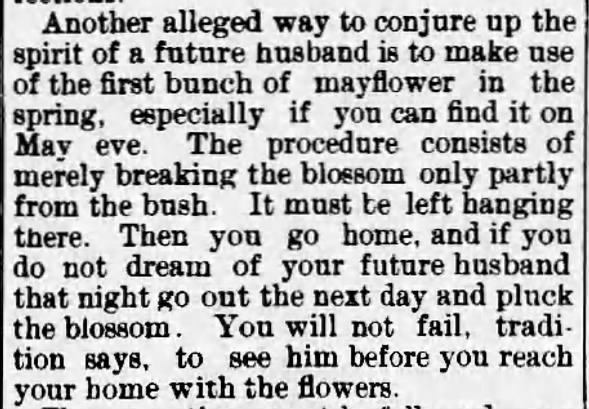 The following method works in much the same way that many mirror tricks do—mostly with a lot of staring. But while often such things are associated with visions of spooky ghosts, this one shows you the face of your future love. 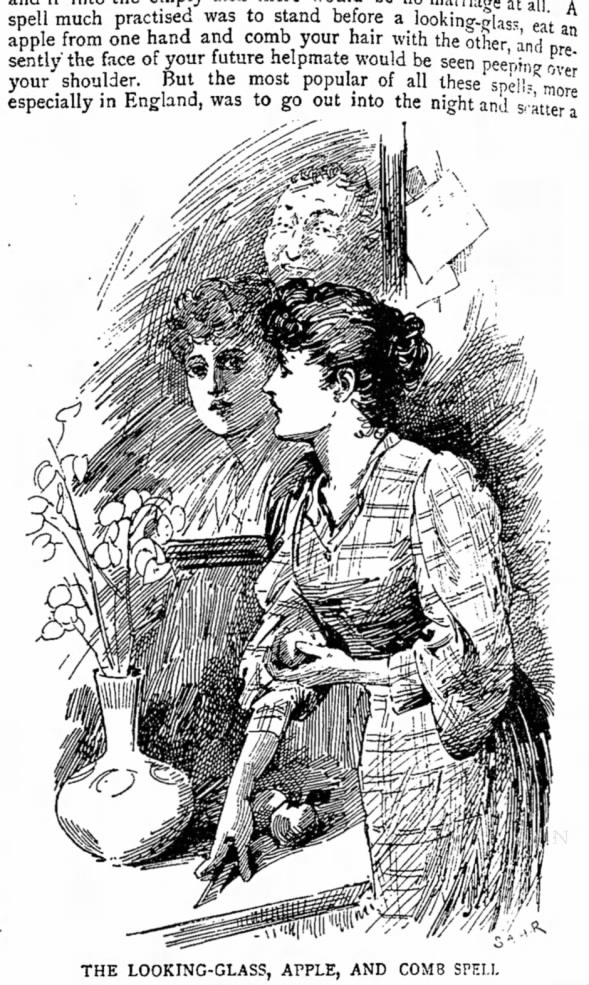 If you’re really not into the sweeter stuff, there’s always Miss Hill’s somewhat morbid choice of spell. How she got hold of the man’s socks we may never know. 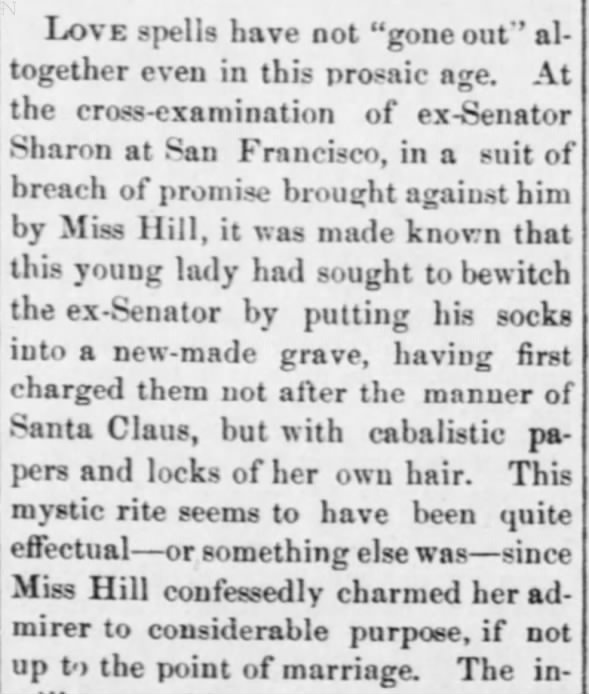 Finally, we end with the well-established and once-loved practice of pinning bay leaves to your pillow. A night’s rest with this set up would guarantee dreams of your sweetheart.

Some pin the leaves at each corner of the pillow, with one directly in the middle, but Jody Berkey, below, has a more decorative approach. 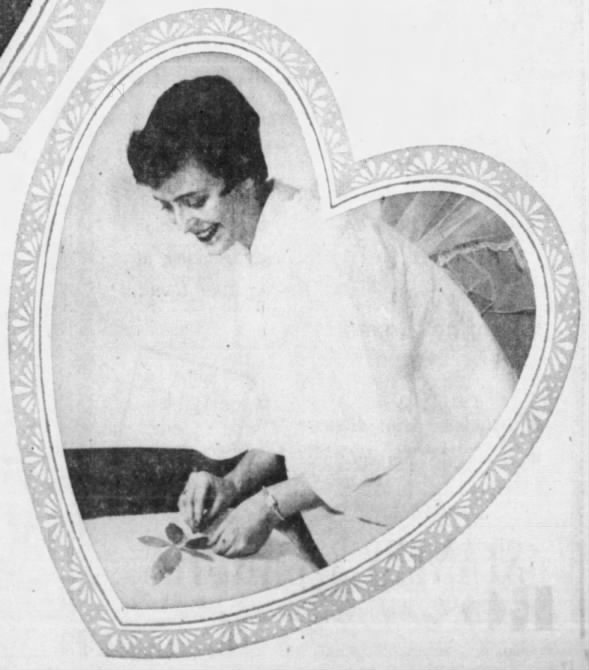 Find more love charms, spells, and stories with a search on Newspapers.com. 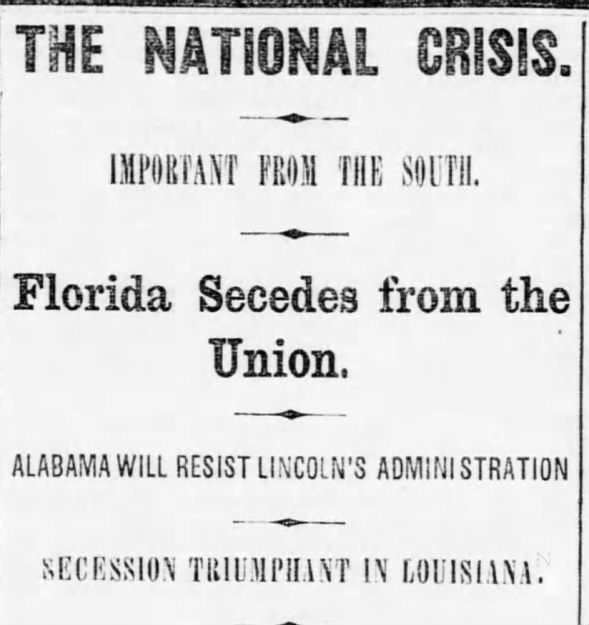 The secession became official the following day, making Florida the third state to leave the Union after South Carolina and Mississippi. Nine more states would join them in the months that followed, and it would be seven years before Florida officially rejoined the Union again.

Find more like this with a search on Newspapers.com, or browse through January 9th headlines in the papers.

On December 14th, 1799, George Washington dies in bed in his Mount Vernon home with Martha at his side.

General George Washington, departed this life on the 14th December, ’99 Tue, Dec 31, 1799 – 2 · The Gleaner (Wilkes-Barre, Luzerne, Pennsylvania, United States of America) · Newspapers.com
The ailment that took the life of this incredibly popular president, general, and founding father remains a matter of debate. Only two days before his death Washington rode on horseback, supervising his property in sleet and snow. A sore throat the next day could not keep him from going out again to continue working the land. Unfortunately, his condition rapidly worsened the night of the 13th. Dr. James Craik, the family physician, attended to his sickness throughout the day without success. Washington died the following night.

Washington’s body remained in the house for three days to ensure he was truly dead, by his wishes. His funeral took place in great solemnity on December 18th, when he was buried in his family vault with those who had gone before him.

Find more on Washington’s life and death with a search on Newspapers.com.

On this day in 1941, the United States naval base at Pearl Harbor was devastated by a surprise attack that resulted in over 2,400 American deaths. Today we remember and honor those who perished in the attack. 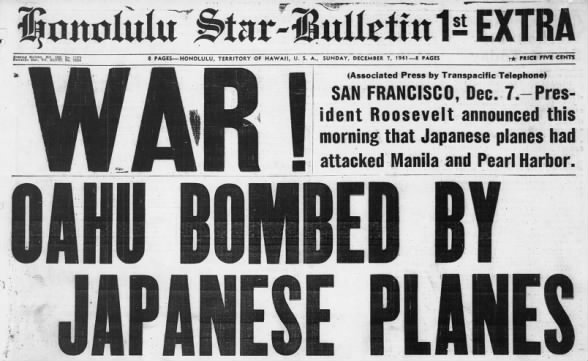 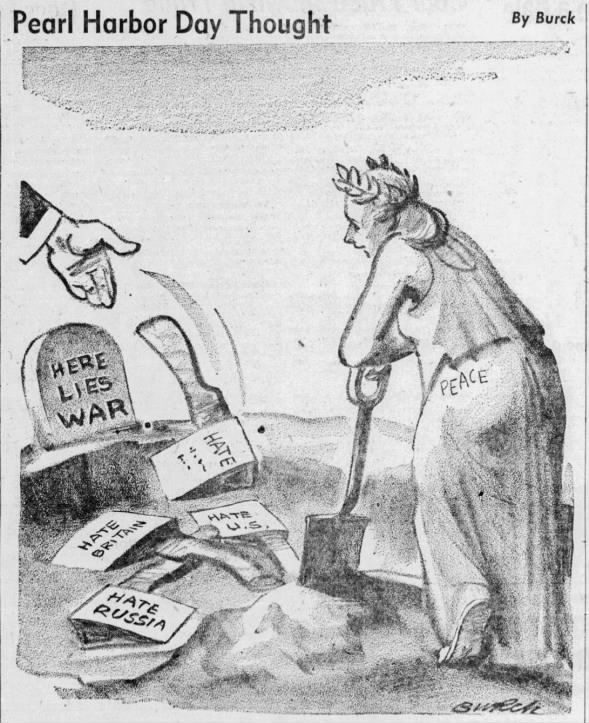 Find more on the Pearl Harbor attack and its effects through subsequent years with a search on Newspapers.com.

With the ratification of the 21st Amendment on December 5, 1933, nationwide prohibition comes to an end. Utah was the last state needed for a three-fourths majority. With their ratification, thirteen years of speakeasies, illicit stills and large-scale bootlegging came to an end…mostly. Several states used state-level temperance laws to prolong prohibition locally. The last dry state was Mississippi, where prohibition lingered until the mid-60s. 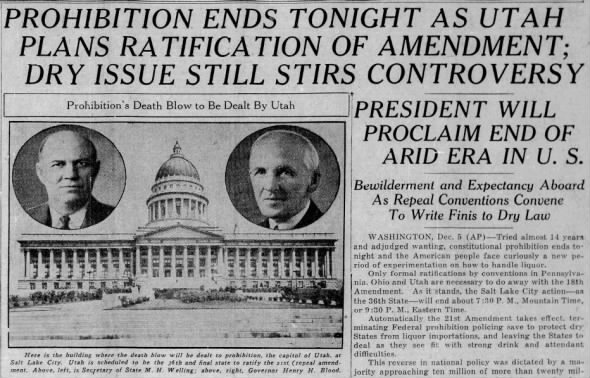 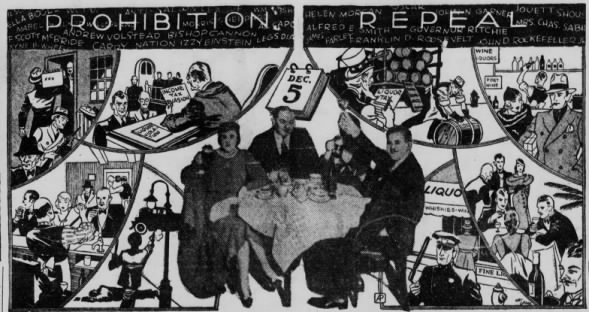 Sidenote: In 1929 Henry Ford claimed he would close his automobile plants if prohibition ended, saying “Gasoline and booze don’t mix; that’s all.”

Find more on the prohibition era with a search on Newspapers.com, or browse through the papers of the 1920s.

Mrs. Ann Hodges was not the first to claim injury by meteorite, but her unusual story was the first to be verified as true.

On November 30, 1954, an explosion in the sky was the only warning the napping Ann would get of the 7-inch, 8 pound meteorite hurtling her way. It crashed through her roof, bounced off a radio, and hit the sleeping woman on her hip. 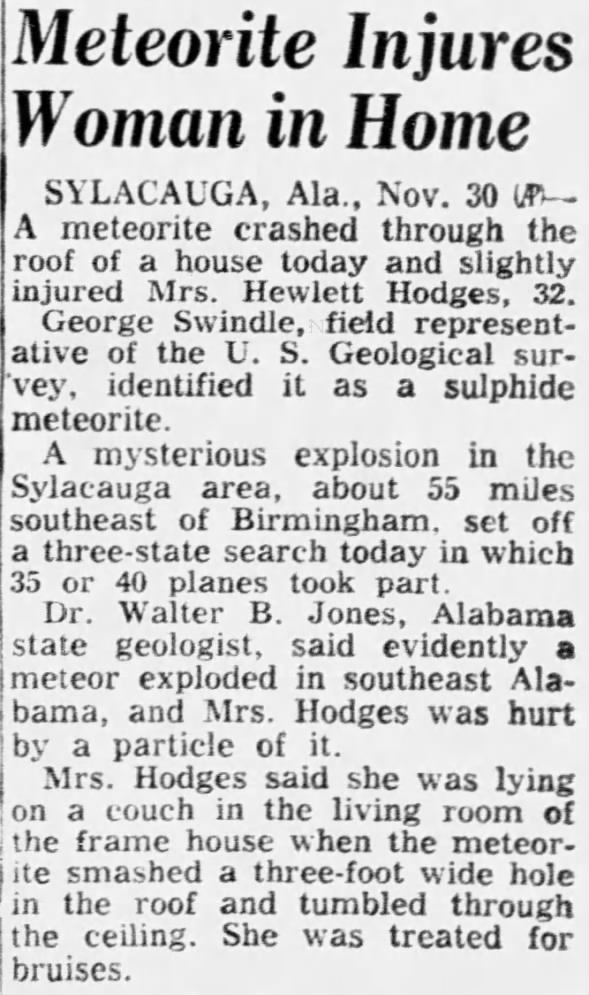 The space rock’s impact led to a big bruise and even bigger publicity. Much of the media attention came from the peculiar nature of the event. What are the chances that with all the open, empty space in the world, the meteorite hit a sleeping woman on a couch in Alabama? But more headlines followed when the meteorite was claimed by both the Hodgeses and their landlord, Birdie (Bertie) Guy. A legal dispute followed over who would get the meteorite. Guy eventually settled out of court; she would give up her claim in return for $500. Ultimately the Air Force returned it to Ann and her husband, who would later donate it to the Alabama Museum of Natural History. 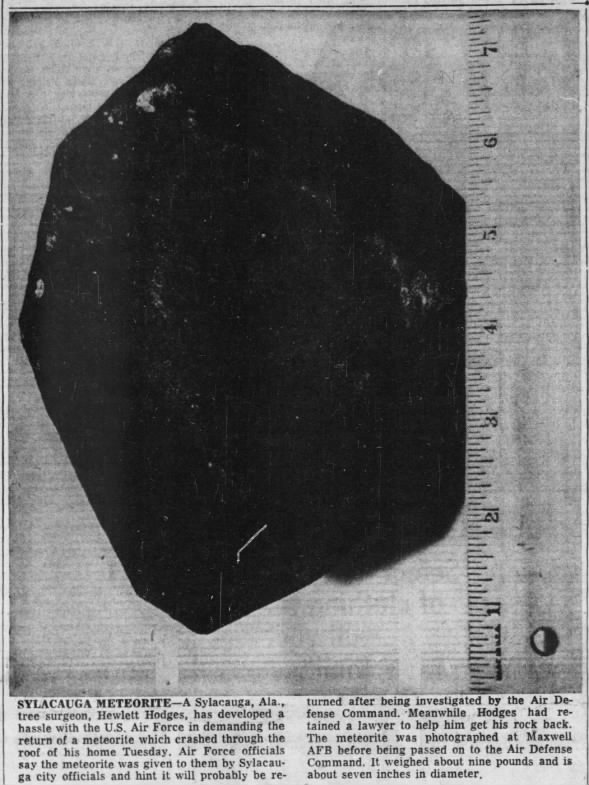 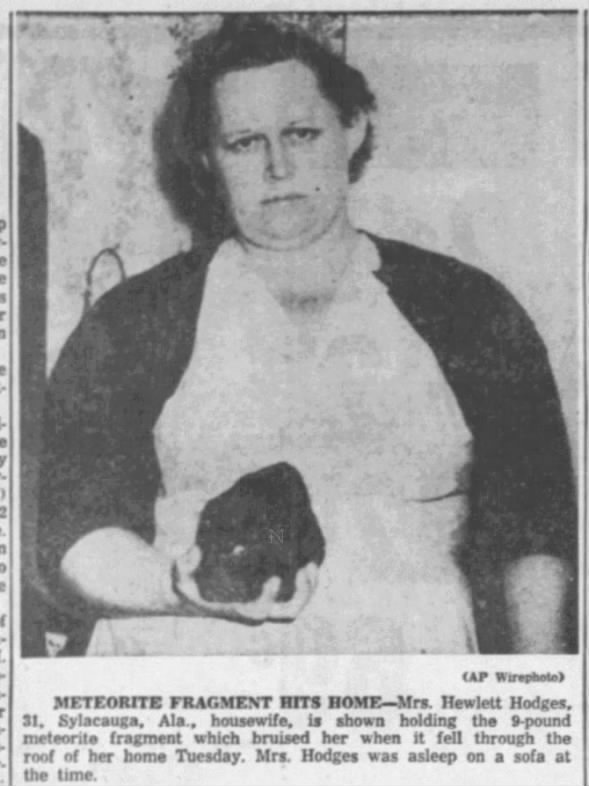 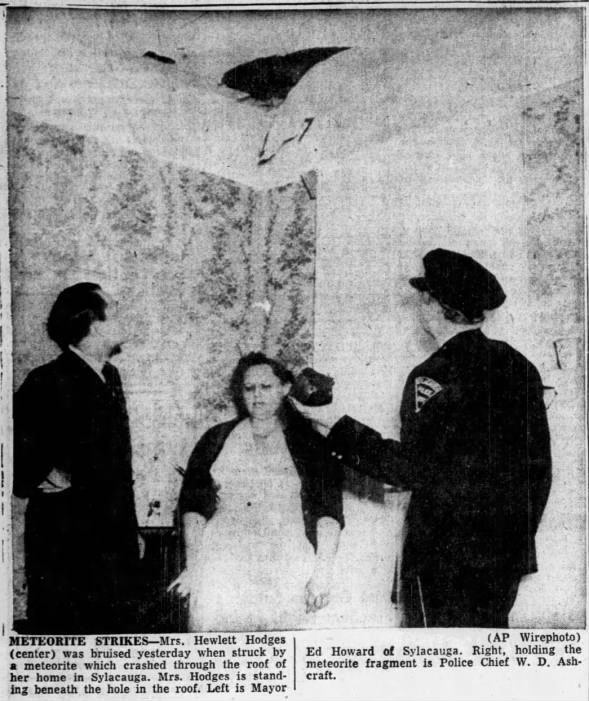 The One in a Million

Ann Hodges remains the only person in history to have been verifiably injured by a meteorite. The offending rock still remains on display in the Alabama museum today, its story summed up in a single line: “Penetrated roof of house and struck Mrs. Hodges on the thigh.”

Find more on the Hodges meteorite and all the many associated headlines with a search on Newspapers.com.

On November 28, 1919, American-born Lady Nancy Astor becomes the first woman to sit in the House of Commons. Her well-publicized election and individual approach to politics earned her quite a following. Her supporters saw her through another 26 years in Parliament, until her retirement in 1945.

Find more on Lady Astor’s historical election with a search on Newspapers.com. 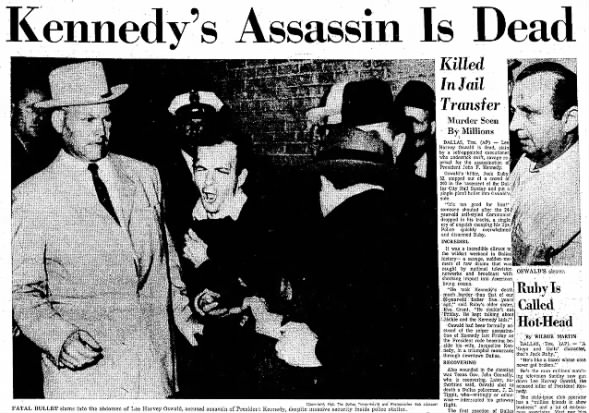 The event was witnessed by thousands who tuned in to Oswald’s televised departure from Dallas police headquarters. His killer, Jack Ruby, was charged with first-degree murder and sentenced to death. In 1966, the decision was reversed, and Ruby died of lung cancer before he could be retried.

Find more about Kennedy’s assassination and the history surrounding it with a search on Newspapers.com.

100 years ago this week, the Armistice of November 11, 1918, officially ended the conflict of WWI. On that same day, an American soldier named Henry Gunther was killed one minute before the armistice was to take effect. Gunther’s was the last American death of the war. 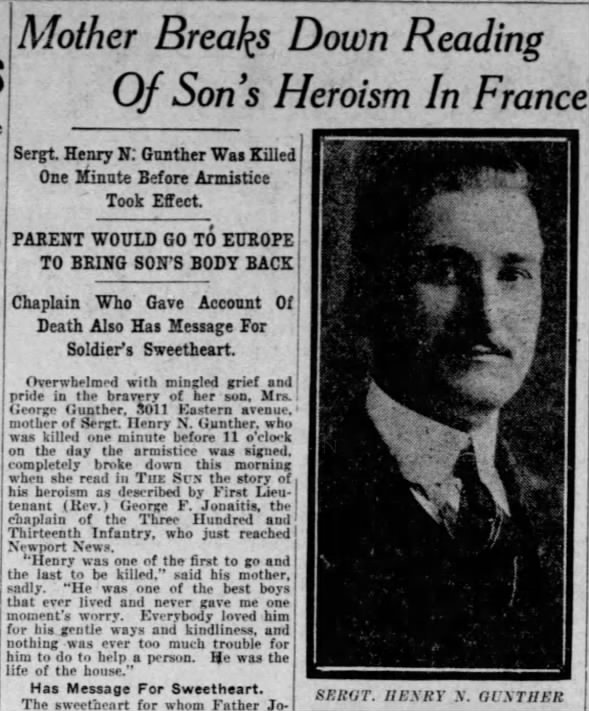 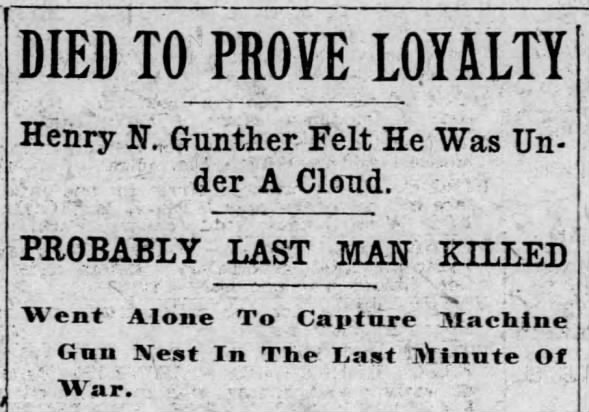 Gunther’s was killed when he charged alone into a nest of German machine gunners. The gunners tried to wave him back, knowing peace was so near, but shot him when he came too close with bayonet raised. He died instantly, and his final charge was remembered as a last burst of loyalty. A memorial plaque was unveiled in 2010 at the Gunther family plot where he is buried, commemorating his contributions during the war and the unique circumstance of his death. Find more about the armistice, Henry Gunther, and the thousands of other deaths that occurred on the day the armistice was signed with a search on Newspapers.com.