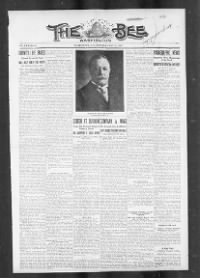 There are many historical black papers that we have on Newspapers.com. These include dozens of papers that were either black owned, were geared toward a black audience, or dealt specifically with topics relevant to African Americans. Though some of these papers may only have a few issues available, they still provide a valuable perspective on the struggles, contributions, and everyday lives of African Americans.

Some of the longest running black papers we have on Newspapers.com are The Pittsburgh Courier, The Washington Bee, and St. Paul-based The Appeal. Long-running newspapers such as these can be especially useful for tracking long-time residents of a city or for seeing how the community and its inhabitants changed over time. On the other hand, if you’re more interested in a specific time period that was historically significant to black history, such as the post-Civil War and Reconstruction era, you can browse through black papers like the Charleston Advocate, Maryville Republican, and Concordia Eagle.

Though most black papers focused on news that would interest African American readers, some were even narrower in scope, concentrating on specific topics like slavery. Two anti-slavery papers you can find on Newspapers.com are the Liberator (established by famous abolitionist William Lloyd Garrison) and the Anti-Slavery Bugle. 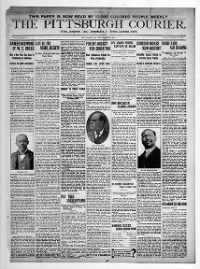 Some of the black papers on Newspapers.com were quite influential during their heyday. In addition to the previously mentioned Washington Bee, some of these include the Lexington Standard, Kansas City Sun, and Richmond Planet. Others were more controversial, like the Broad Ax, which was often inflammatory. Papers that are especially useful to historians today include the Sedalia Weekly Conservator (for dealing with a variety of racial issues in addition to the news) and the Seattle Republican (for covering conditions for African Americans across the nation).