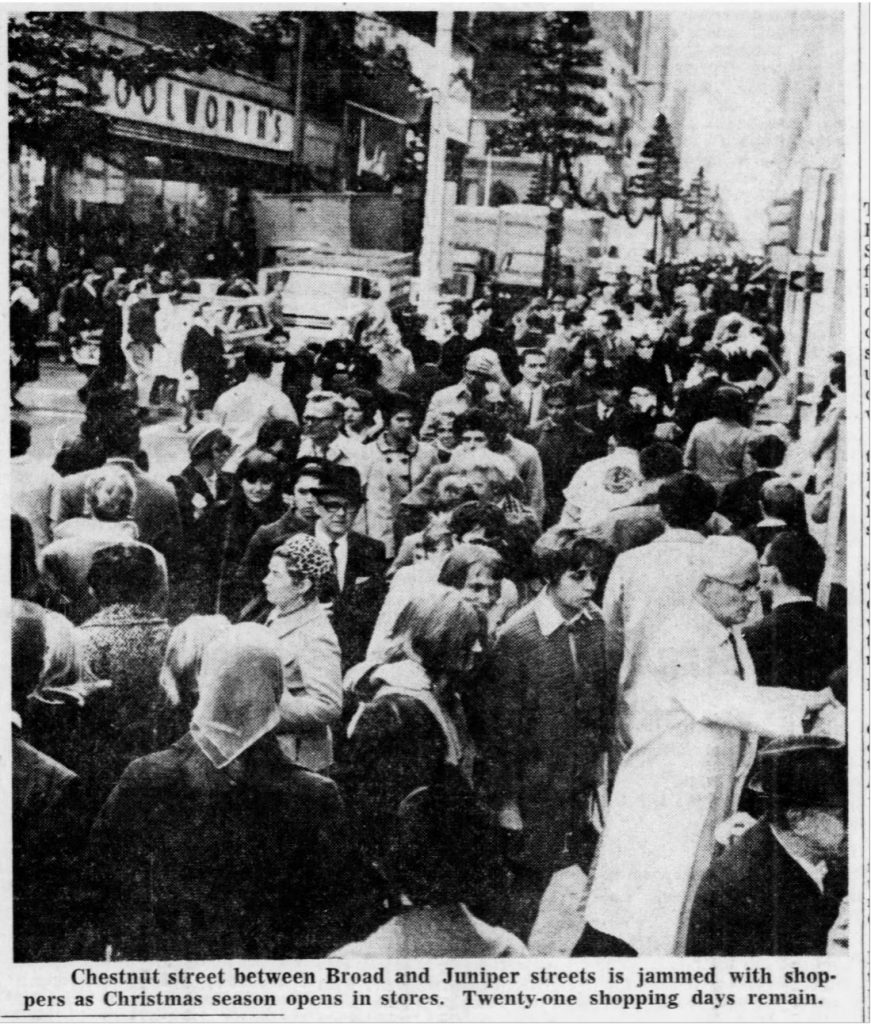 In the decades after President Abraham Lincoln established Thanksgiving as an annual holiday in 1863, it developed into the unofficial beginning of the holiday season. Then, in the late 19th and early 20th centuries, various department stores began sponsoring parades on Thanksgiving, such as the Macy’s Thanksgiving Day Parade.

Known as “Santa parades” because they ended with the arrival of Santa Claus, these parades were used by the department stores to launch their Christmas campaigns and increase excitement for holiday shopping. It eventually became an unwritten rule that retailers wouldn’t begin their holiday sales until after Thanksgiving.

Before “Black Friday” came to refer to the busy shopping day after Thanksgiving, it had long been used in other ways—such as to refer to the Panic of 1869 and as a name for Friday the 13th. How it shifted to its current meaning is a bit unclear. 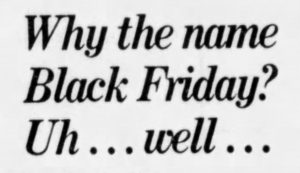 It seems to have begun in the 1950s and ‘60s in Philadelphia, where the police used “Black Friday” to refer to the terrible traffic conditions after Thanksgiving caused by people coming to the city to shop and attend the Army-Navy football game.

Complicating this explanation, however, is the fact that the Philadelphia Inquirer reporter who helped popularize the term remembers first hearing it in Boston. And to make its origins even muddier, the term was also used in Rochester, New York, around the same time as in Philadelphia.

But despite the ambiguity of the term’s origins, one thing is clear: retailers hated the term “Black Friday.” They felt it had negative connotations, and, in Philadelphia at least, retailers tried to promote the term “Big Friday”—but it never took off.

For a while, “Black Friday” remained a regional term. In 1985, the Philadelphia Inquirer even ran a column discussing how “Black Friday” wasn’t used in other parts of the nation. But by the late 1980s, the term began seeing wider acceptance and was in use around the country in the 1990s.

By the time the term became popular, however, the story around its origins had shifted from the negative connotations of heavy traffic to the more positive explanation—pushed by retailers—that it referred to the day businesses turned a profit and went from being “in the red” to “in the black.”

2 thoughts on “How Did Black Friday Become an American Tradition?”