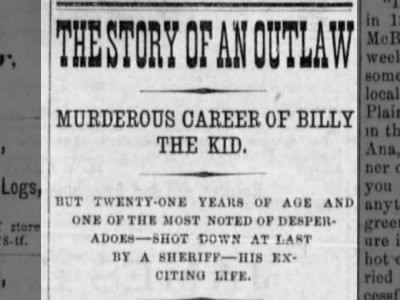 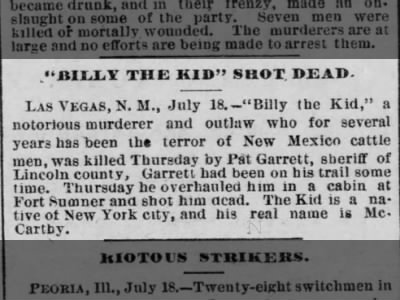 Though most of his life he was relatively unknown, Billy the Kid’s reputation became legendary. It was said that he had killed at least one man for every year he’d lived. Now it is more widely believed that the number of deaths at his hands was closer to 8. 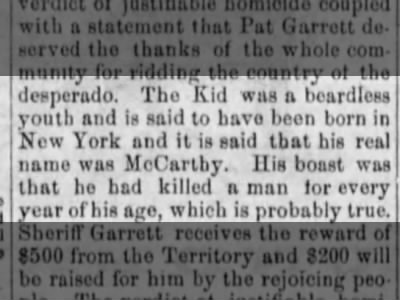 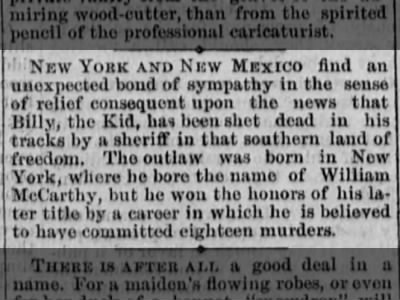 As the articles above mention, the Kid—whose real name was Henry McCarty—was eventually shot and killed by Sheriff Pat Garrett. Garrett had been questioning one of McCarty’s friends about the outlaw’s whereabouts when McCarty walked right into the room, unaware of Garrett’s presence. Garrett shot him on the spot, and that was it for Billy the Kid.

Find more newspaper articles on Billy the Kid using this search. For other articles like these, be sure to check out Newspapers.com.