On this day in 1948, the first U.S. and British pilots fly to Berlin bearing food, medicine, water, clothing and fuel in response to the Soviet Union blockade of the western section of the city. 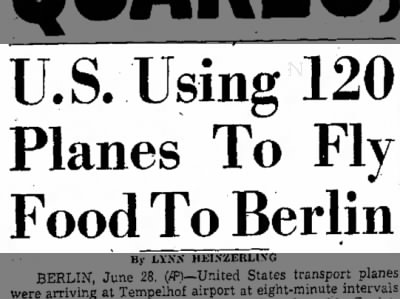 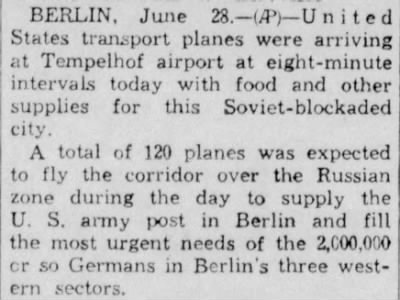 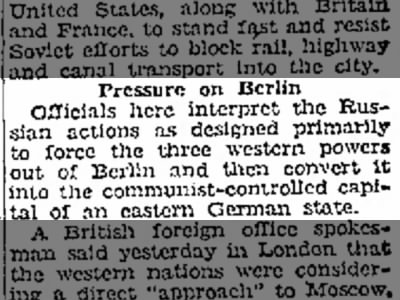 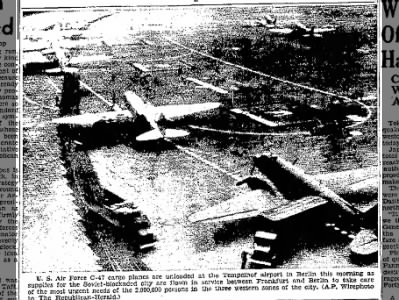 Known as the Berlin Airlift, the operation brought around 2500 tons of supplies daily and continued to do so for four months after the blockade was lifted in May 1949.

One thought on “Berlin Airlift”