In the 1820s, a man named Thomas Jefferson Beale left a box with an innkeeper in Lynchburg, VA. The box contained three ciphers that would lead to the location of a great treasure: one would describe the treasure, one would explain the treasure’s location, and one would name the owners of the treasure.

Alas, Beale mysteriously disappeared before he could provide the keys to crack the code. The cipher that detailed the contents of the treasure was solved with the help of the Declaration of Independence, but the keys for the other two, like the treasure itself, have never been found. Beale’s treasure is just out there, somewhere, waiting for the right person to stumble on the key and solve the puzzle.

At least, so the story goes. 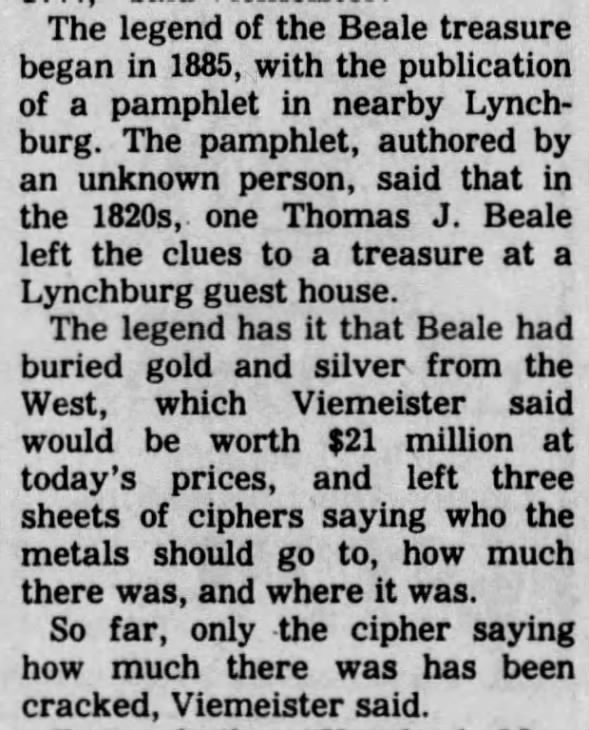 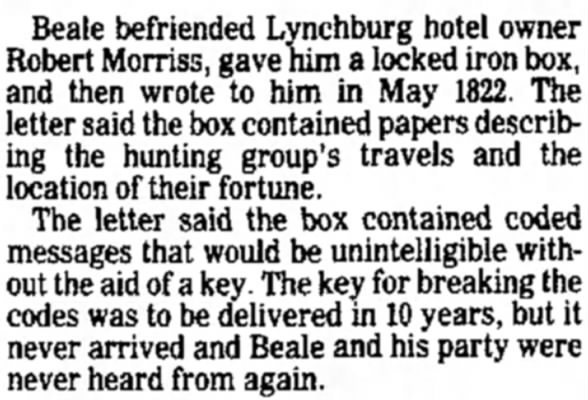 There’s a pretty hefty debate about the legitimacy of the whole thing, or whether Beale was even a real person. Most tend to fall on the side of disbelief, but some avid treasure-hunters have worked tirelessly on cracking the code. In many cases, attempts to read the cipher have been for nothing more than good fun and the satisfaction of figuring out if it says anything, even if the treasure doesn’t exist. 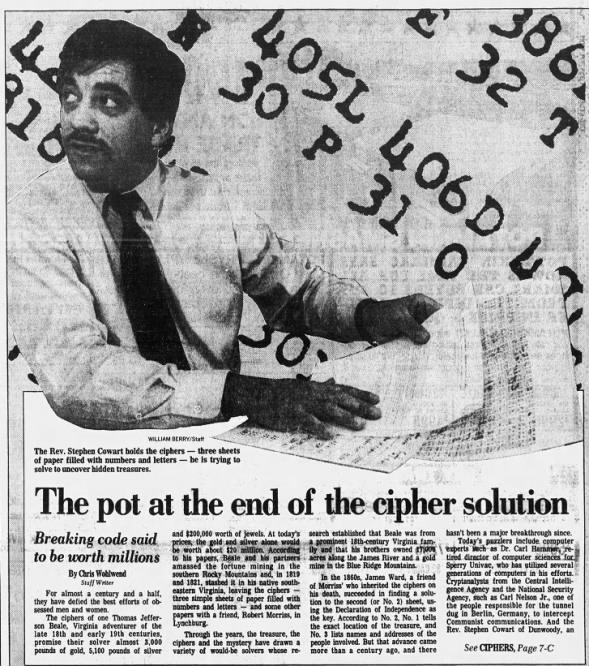 With so many questions, suspicious clues, and dead ends, it seems the wisest course of action for those curious about the ciphers and their hidden treasure would be to listen to the words of the mysterious pamphlet author who brought this whole thing to light back in the 1880s: 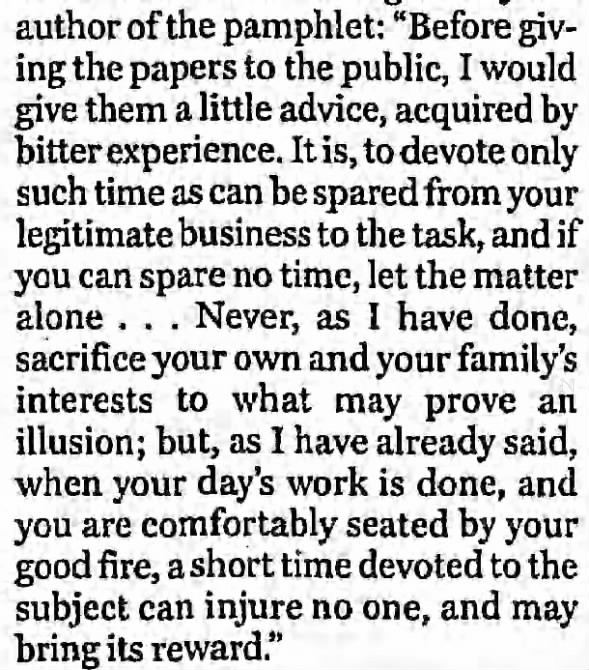 There’s so much more about this story than can be wrangled into one short post—search Newspapers.com for more on Thomas Beale, the ciphers, the clues and the context of the whole bizarre business. Lots of really interesting stuff!