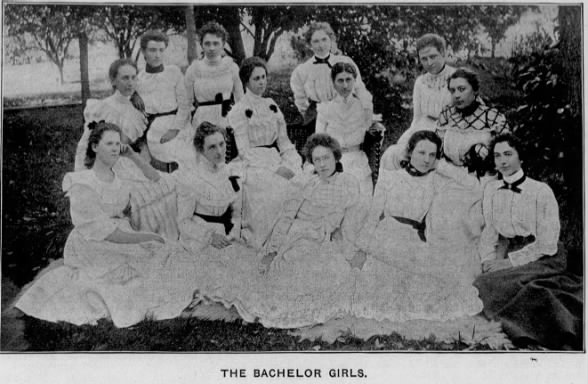 If you were a single woman living 100 years ago, would you rather have been called an “old maid” or a “bachelor girl”?

In the late 19th century, a cultural shift was taking place among young American women. Empowered by growing educational and career opportunities, women increasingly saw marriage as one option rather than the only option for their futures.

They more and more often attended college instead of marrying immediately, creating a growing force of university-educated women seeking careers—not just “jobs”—in fields that had previously been unavailable to them. Though their opportunities were still far more limited than men’s, women began to work as stenographers, typists, secretaries, department store workers, academics, doctors, nurses, writers, artists, journalists, and more.

And not only did these single women go to universities and support themselves financially, they also often lived in towns and cities away from the family home. Depending on their circumstances, some lived in homes of their own, while others lived with roommates or in boarding houses specifically for women.

This shift started to change the way people thought about single women. For most of American history, single women had been seen as “old maids” or “spinsters,” pitiable women who lived off the kindness and condescension of their family members.

But the changing prospects for women in the late 19th century created the more modern “bachelor girl”—independent, educated, cultured, and fashionable. As it slowly became less shameful for a woman to be single past a “marriable age,” some women even publicly celebrated their single status by joining “bachelor girls clubs.”

Even the name “bachelor girl” indicated their growing independence, as did other terms in use like “bachelor woman” and “bachelor maid.” Use of the term “bachelor”—a term typically used for men—reflected the perception that this new generation of single women had some of the freedom previously enjoyed only by their male counterparts.

Of course, there was no one-size-fits-all “bachelor girl.” Not every unmarried woman was single because she wanted to be. And while some women declined marriage altogether, others were simply delaying it by a few years. Additionally, some of those the world saw as “bachelor girls” were likely privately in committed relationships—just with other women, rather than men. 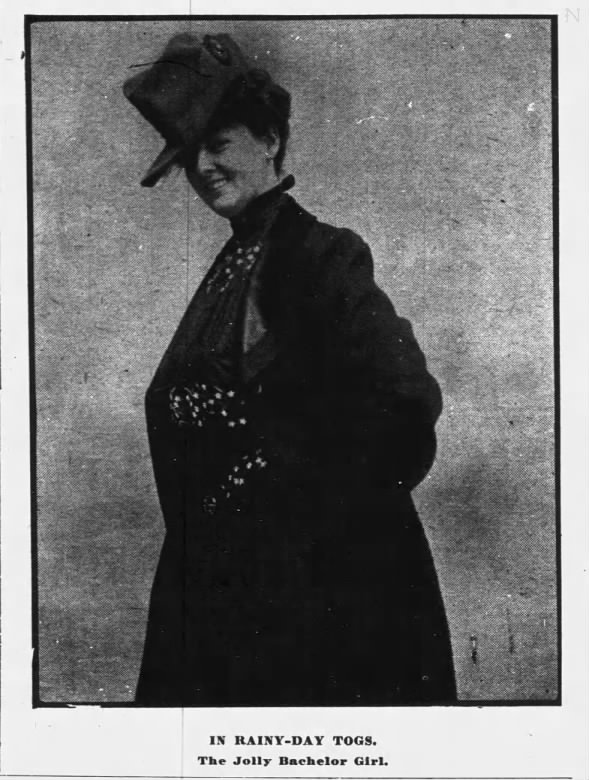 Plus, the “bachelor girl” lifestyle of the time was largely (though not exclusively) a privilege of middle- or upper-class white women. Those of other socio-economic classes and ethnicities did not always have the same opportunities as their wealthier and whiter counterparts.

Still, there was a fascination in American society with the lives of these independent single women. Throughout the late 19th century and early 20th, there were numerous newspaper features and columns about the “bachelor girl.” While some of this newspaper coverage gave a realistic view of the lives of these women, far more painted what was surely an overly glamorous and stereotyped picture of their lifestyle. But while it may have entertained Americans to read about bachelor girls in the newspaper, many in wider society did not support this new lifestyle for unmarried women. Most people still subscribed to the traditional view that a woman’s place was in the home. They rejected the idea that a woman could find lasting meaning in a career, arguing that her only “real” fulfillment could come from being a wife and mother. Bachelor girls challenged the existing social conventions too much to receive immediate widespread acceptance.

Though the idea of the “bachelor girl” took off around the 1880s, it was most popular in newspapers from about 1900 through the end of World War I. But it remained prevalent in various iterations in the papers until around the 1960s, when progress in the women’s rights movement made it less novel for women to support themselves and live independently.

Today, the idea of the “bachelor girl” may seem antiquated and quaint, given the strides women have made in the century since. But they were quite revolutionary in their time, making it fascinating to look back on newspaper clippings about their efforts to gain more educational, financial, and social independence for women.