One day in 1922, two young cousins named Frances Griffiths and Elsie Wright took some remarkable pictures.The subsequent spread of the story was something neither girl anticipated. But what else could be expected for the first captured images of fairies? 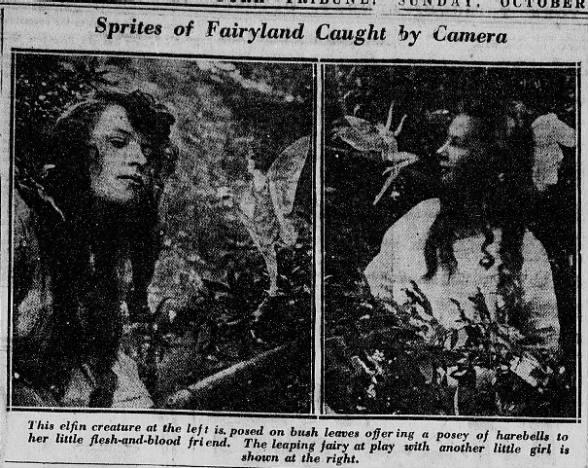 Headline after headline from the early 1920s show the fervor of the debate. Were the photographs real or faked? Surely fairies could not be real, but the photographs showed no evidence of tampering. Besides, these were just two little girls—how deceitful could they be? 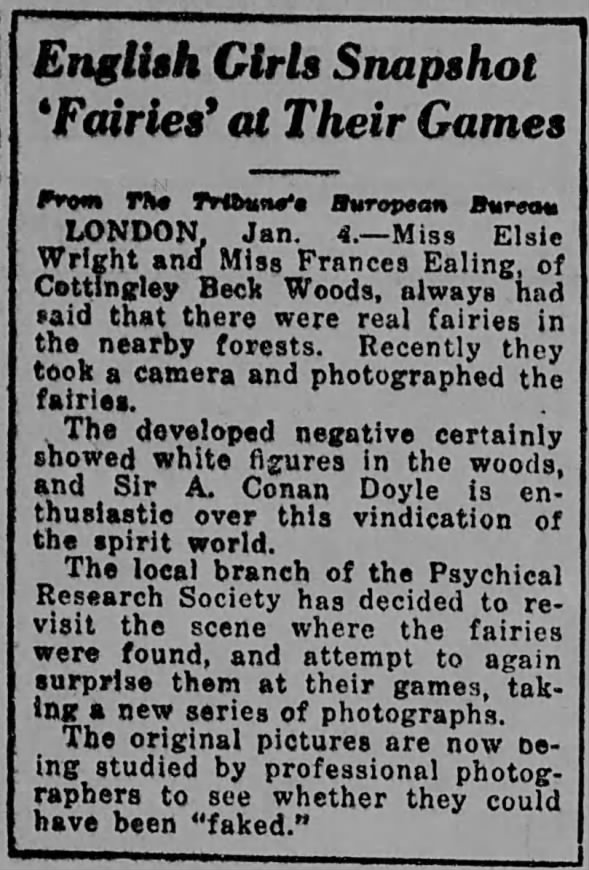 Perhaps the most famous name amongst the believers was that of Sir Arthur Conan Doyle, author of Sherlock Holmes. His belief in the photos and fairies was so strong that he even wrote his own book to prove it.

Equally involved was a man named Edward Gardner, prominent leader of the Theosophical Society. He took it upon himself to investigate the photos, solicit expert opinions on their legitimacy, give lectures on the topic, and even visit the girls and the place where the fairies had been seen.

Of course, even Sir Doyle had to admit that this whole thing could be one of history’s greatest hoaxes. 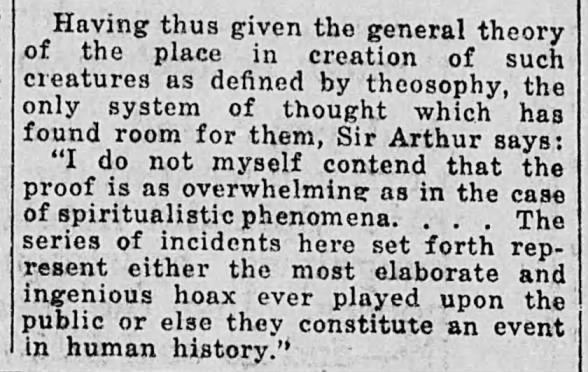 Sadly for fairy enthusiasts, the truth of the matter was revealed in 1983. Frances Griffiths came forward to admit that the whole thing had just been a trick of hatpins and cardboard cutouts. The Cottingley Fairies became, as Doyle had once grudgingly said, “the most elaborate and ingenious hoax ever played upon the public.” And that was the end of that. 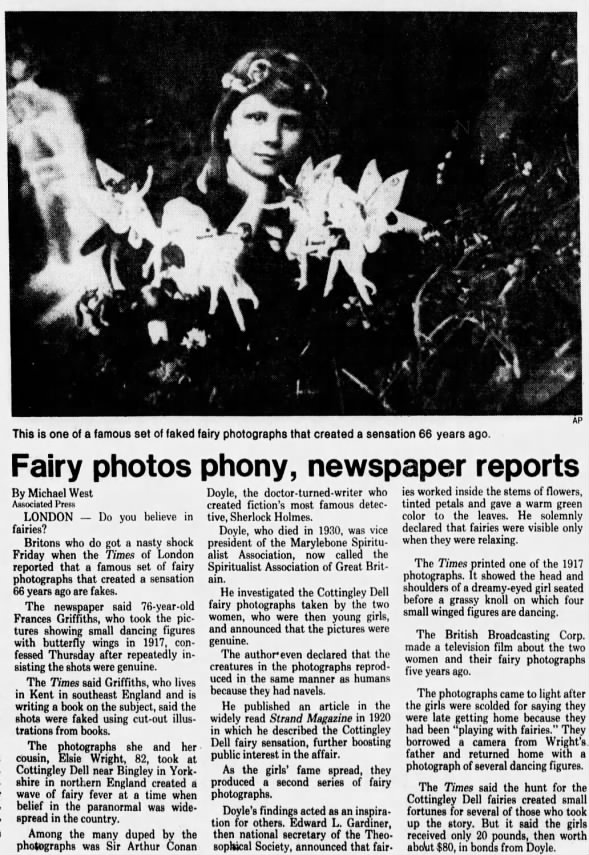 Just for fun, here’s a word search puzzle from decades after the Cottingley Fairy hoax. 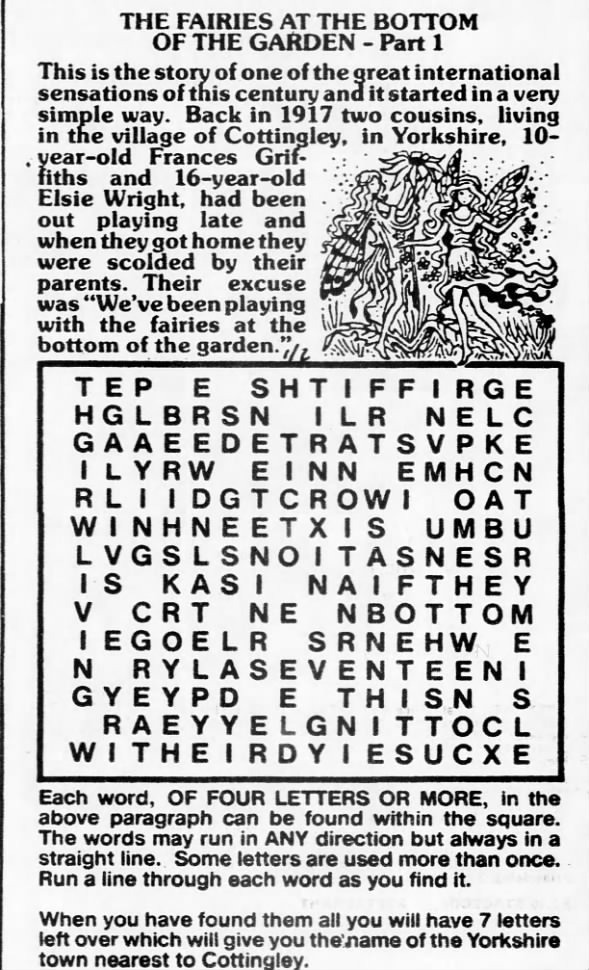 Find more on the Cottingley Fairies and Sir Arthur Conan Doyle’s involvement with a search on Newspapers.com.