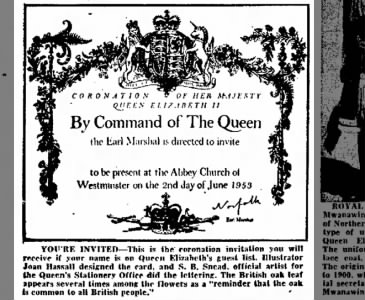 Today marks 62 years since Queen Elizabeth II was crowned monarch of the United Kingdom. Headlines all over the world proclaimed the news as the popular princess, only 27 years old at the time, took her father’s place as sovereign. 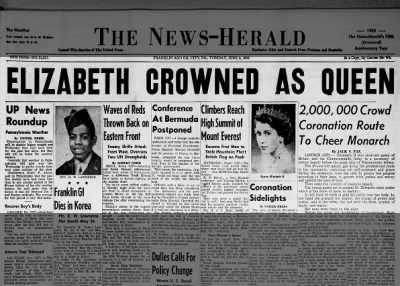 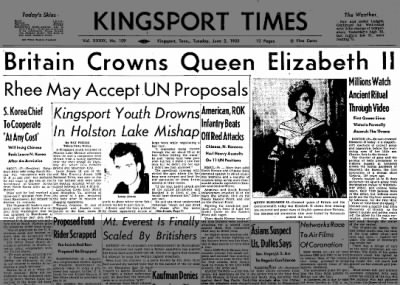 The coronation involved age-old ceremony and tradition. Thousands of guests and dignitaries attended the event at Westminster Abbey, while millions more watched the broadcast on live television for the first time ever. The ceremony was followed by a procession through the rain-soaked streets of London, where spectators cheered and lauded their new monarch. 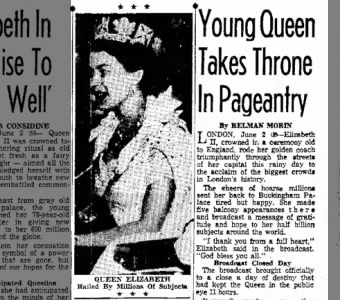 Though many duties have since been passed down to Prince Charles, the queen’s son and heir, 89-year-old Queen Elizabeth II continues to hold the British crown today.

For more on the coronation, take a look at the articles in this search, or this one. This search includes more broad results on the queen herself. Or try a topic of your own using the browse and search pages.