A Quick History of Fascinators

Tomorrow’s royal wedding is the talk of the town, and that means attention will most certainly be paid to the fashion choices of attendees. Dresses, designers, and best (or worst?) of all, fascinators.

Ah, fascinators. Those whimsical and often bizarre little hats that perch on carefully styled hairdos. They were not always this way, of course; only in recent decades have fascinators been revamped into the small and precariously pinned headpieces that we know today. 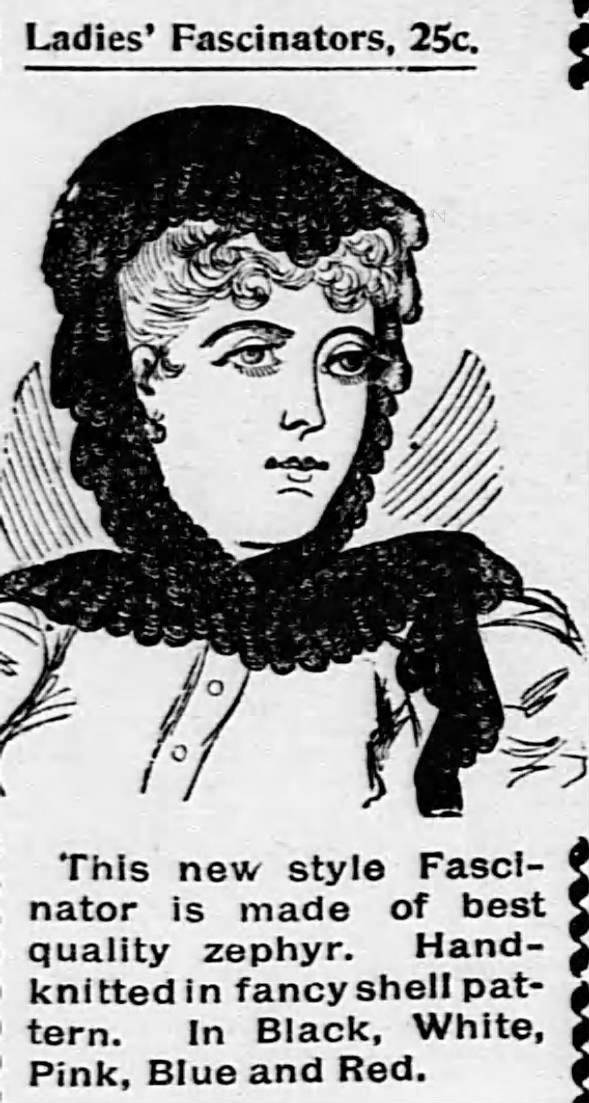 The name is older than the style; fascinators of the past were actually somewhat more sensible, scarf-like things like the one in the drawing above. They were frequently marketed and sold as a seasonal item for warmth right next to scarves and mittens, and since they were knitted and draped around the head and neck it’s not too hard to see why.

There are several clippings in the archives from younger women who lament being forced to wear “old-fashioned” and “ugly” fascinators by their mothers, as by the early 1900s fascinators were no longer the style and were usually associated with old women. This clipping below, from 1966, comments on the lull in fascinator use just before it was readopted into a more modern style that could be appreciated by all ages. 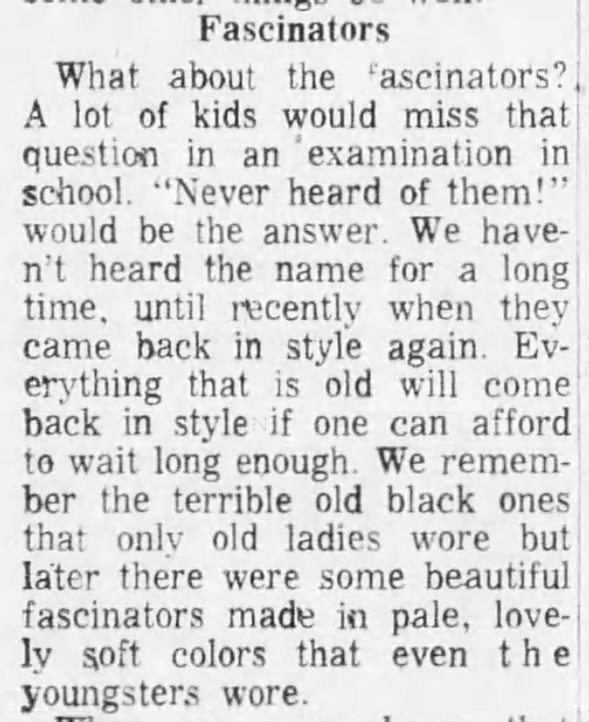 In the 60s and 70s, the definition of a “fascinator” was pretty loose. It sometimes referred to modernized versions of the original scarf style of headwear, but slowly it also began to apply to the smaller, clip-in hats that had existed for decades. 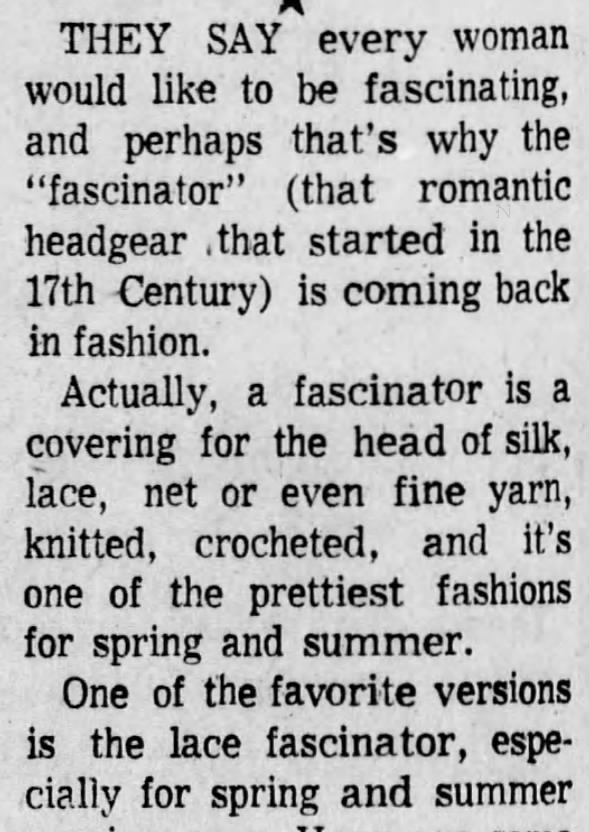 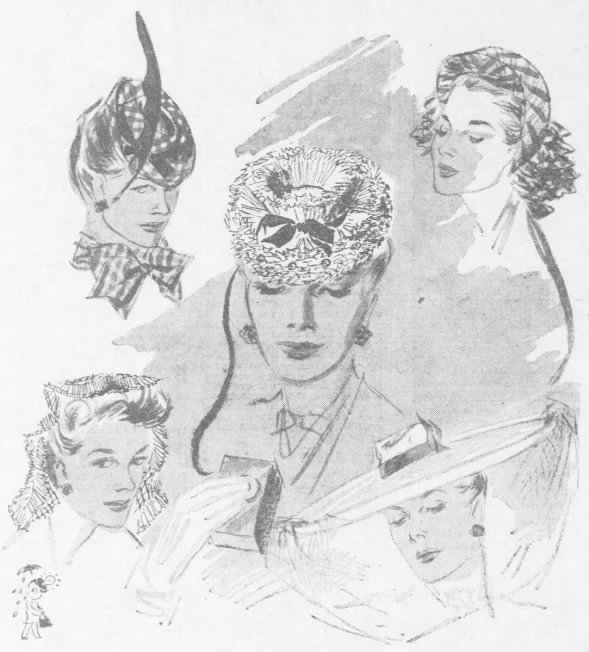 By the 90’s, the term “fascinator” had become firmly attached to a specific kind of hat—small, jaunty, and often bedecked in beads or feathers or any manner of frills and flounces. And, as with many trends in fashion, the fascinator is not always a favorite. 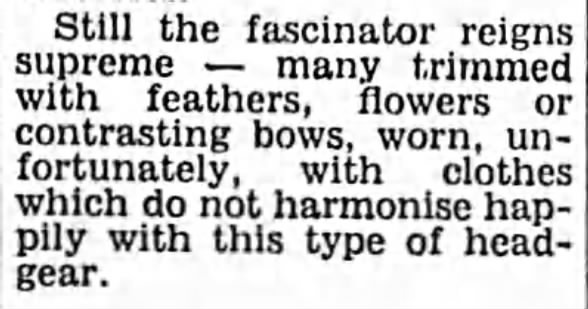 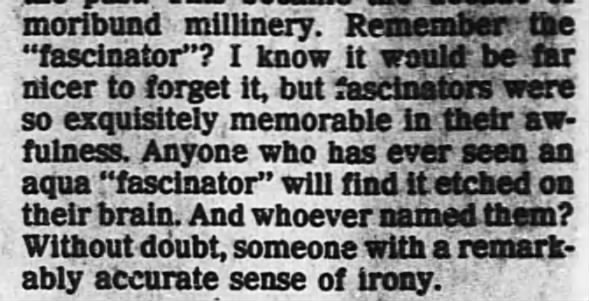 Keep an eye out for some fancy fascinators if you’re tuning in to the royal wedding—they’re sure to make an appearance! And now you can feel free to regale your friends with the truth about fascinators: they were once just floppy, unfashionable scarves until someone rebranded them. The magic of marketing!

Find more on fascinators and fashion history with a search on Newspapers.com.