50 years ago today Charles Schulz’s cast of beloved Peanuts characters took on new life in the animated holiday adventure A Charlie Brown Christmas. The Peanuts comic strip was well-known by the time of the television debut, the first of many more seasonal specials to come. 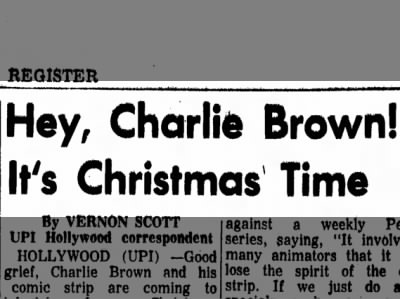 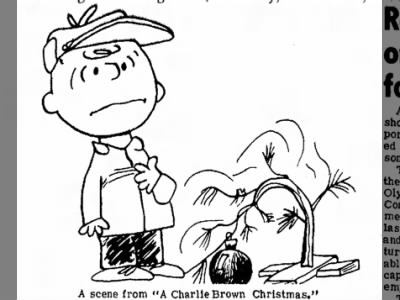 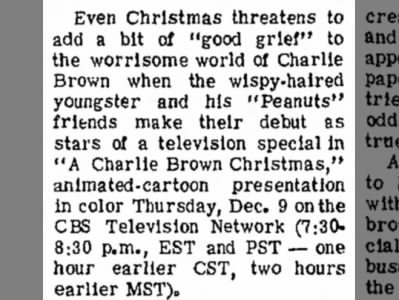 As described in the article below, the plot centers on lead character Charlie Brown, who finds himself disillusioned by the focus on commercialism during the Christmas season. His dog enters a house-decorating contest with a monetary prize, his little sister enlists his help in writing a lengthy wishlist to send to Santa, and his friends care more about jamming to the jazzy soundtrack than working on the Christmas play. But by the end of the half-hour program, Charlie Brown and his friends are reminded of the true meaning of Christmas. 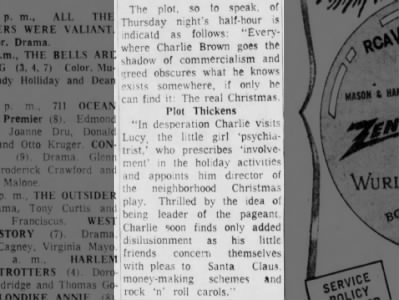 The show did a number of things that were unusual for television successes at the time. Children were hired as voice actors, matched to the personalities the characters exhibited in the strip. A laugh track was also absent from the show, a conspicuous omission given the popularity of laugh tracks in the mid-60s. The jazz score and slow pacing were also considered strange choices, so that altogether nearly everyone involved predicted the show would be a complete disaster. 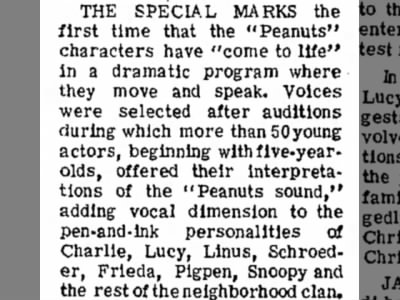 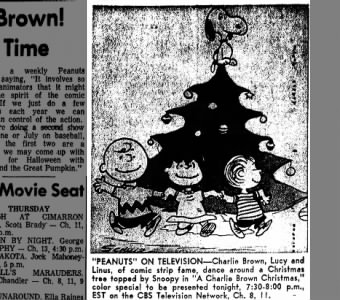 Of course, we know now that the show became a near-instant success.The team behind A Charlie Brown Christmas managed to scramble together a Christmas classic in less than six months, and the show has aired on U.S. television every year since it debuted in 1965.

For more articles on this topic, take a look through the results of this search on Newspapers.com.

5 thoughts on “A Charlie Brown Christmas”