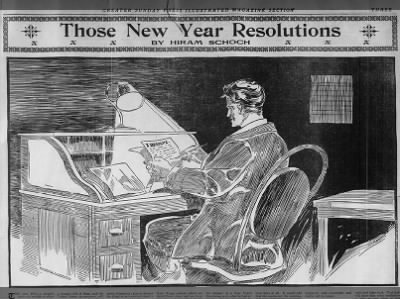 It’s that time of year again when many people sit back and reflect on goals to accomplish and habits to change. The New Year’s Eve countdown has ended, the confetti and poppers have been cleaned up, and nothing remains but to make the traditional New Year’s resolutions.

This practice of resolving to improve oneself has been around for decades, and thanks to the existence of newspapers we have the thoughts on resolutions from people across time to look back on. Today’s blog takes a gander at discussions on the tradition from the last century.

To start things off, a look at the first ten years of the 1900s. 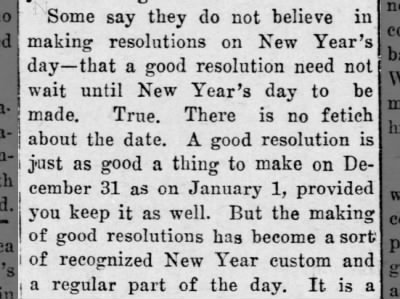 The 1910s saw a surge in appeals to the dignity and honor of humankind (though the jokers were still around, of course): 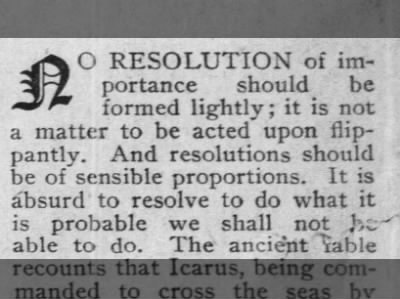 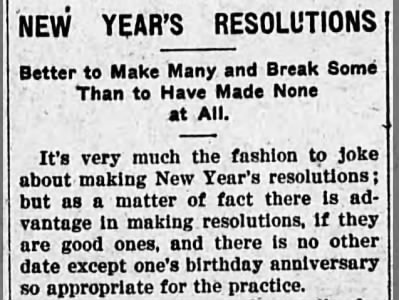 The 1920s came around with a bit more cynicism for the custom:: 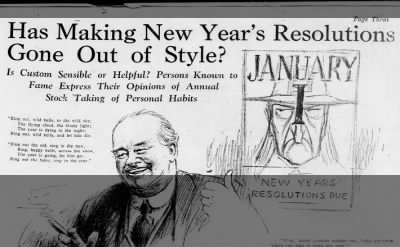 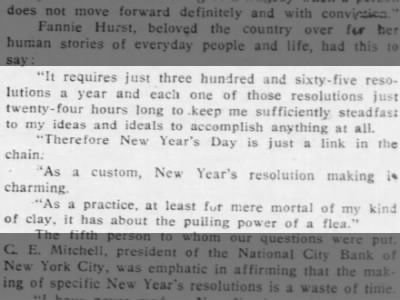 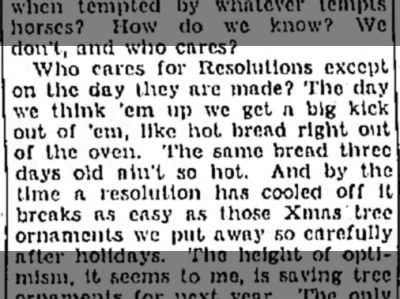 By now a common thread is shown—each decade had its fair share of people who thought New Year’s resolutions were basically useless. The 1940s were no exception: 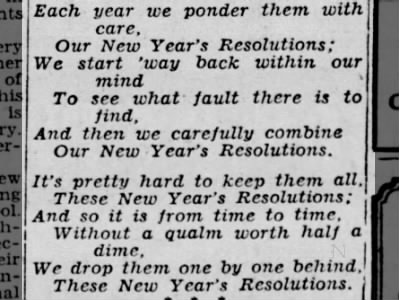 Not much changed in the 50s. Other than a few articles here and there on the silly nature of women and wives, the arguments remained the same: either resolutions were good and noble of intent, or they were unnecessary and didn’t work. 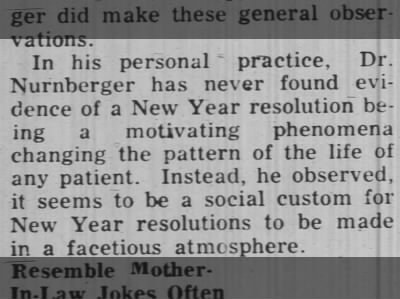 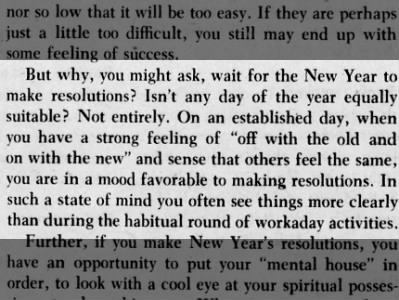 Let’s move on to the 60s, where indifference and optimism do battle once again. 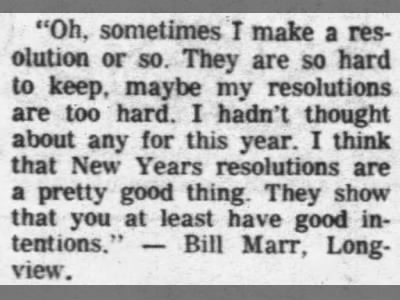 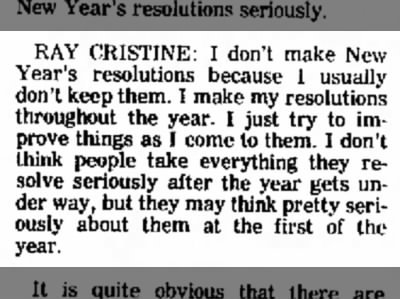 The resolution to not make resolutions makes another big comeback in the 70s. 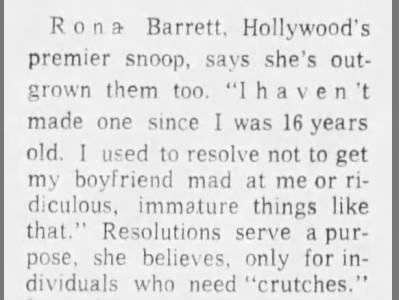 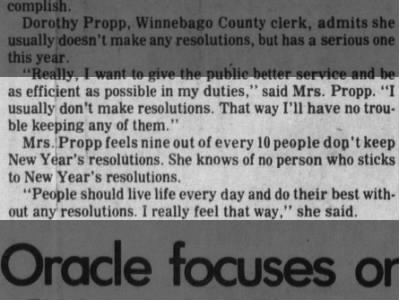 And what did people think in the 80s? 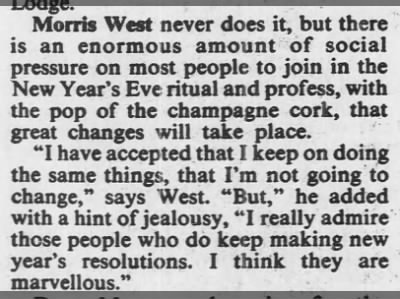 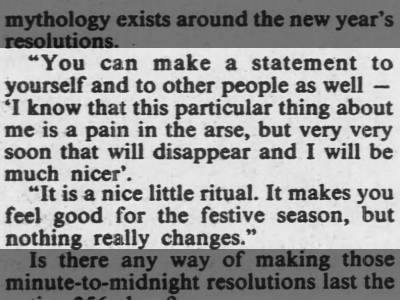 Thoughts on resolutions were much the same in the 1990s, with one noticeable difference: helpful articles on keeping resolutions became a lot more frequent: 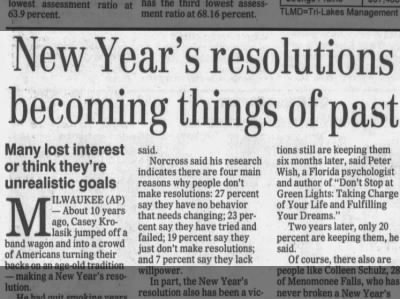 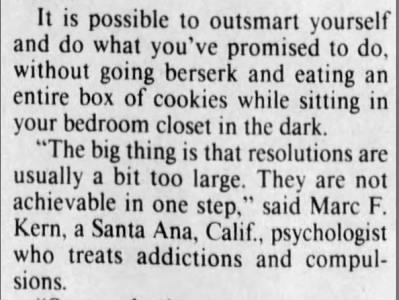 And lastly, some resolutions and thoughts on the practice from the 2000s: 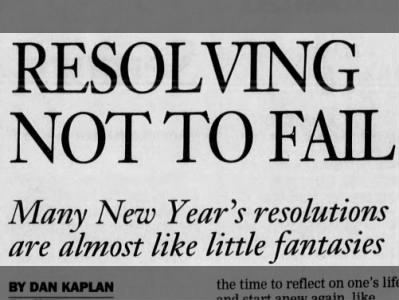 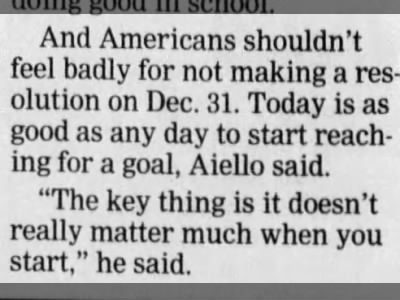 As the saying goes, the more things change, the more they stay the same. Seems New Year’s resolutions—and their naysayers—are likely to stick around for decades to come.

Find more like these with a search or browse on Newspapers.com. And let us know in the comments—what do you think of New Year’s resolutions?