10 Fascinating Food Trends from America’s Past

From stuffed celery in the 1920s to Beef Wellington in the 1980s, let’s look at 10 American food trends from the last century! Although the foods on our list are still around today, they reached the height of their popularity in decades past. Which ones do you remember?

Stuffed celery was a hit in the U.S. during the 1920s and ‘30s, and it was often served as an hors d’oeuvre or along with soup or salad. To make the dish, chilled celery stalks were topped with any one of a number of fillings. Cheese-based fillings (especially cream cheese or Roquefort) and seafood fillings (tuna, lobster, crab, etc.) were particularly popular. 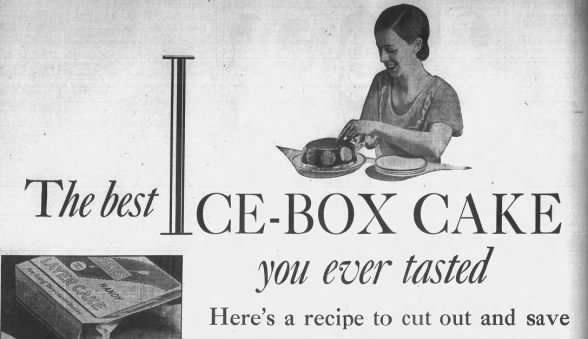 No-bake desserts known as “icebox cakes” boomed in popularity starting in the 1920s and continuing through the 1930s and beyond. They were made by alternating layers of pre-baked cake or cookies with layers of a filling (often dairy based, like whipped cream or custard). Fruit, nuts, and other flavorings were also typically added. The dessert was then chilled in the icebox (or, later, electric refrigerator) for several hours or overnight. 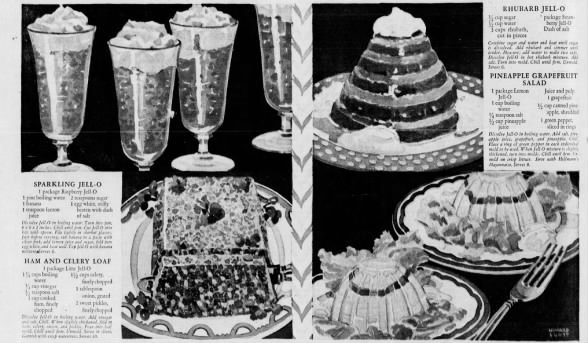 Though many people today associate these eye-catching creations with the 1950s, gelatin salads got trendy back in the 1920s, and their popularity continued for 50 years! Also called “congealed salads,” “molded salads,” and “Jell-O® salads,” these dishes were usually made by mixing sweet or savory ingredients into gelatin (or a gelatin dessert such as Jell-O®). The mixture was then poured into a mold and chilled for several hours before finally being unmolded and served.

This diced fruit mix (often canned but sometimes fresh) was all the rage in the 1930s, which is when the canned version of fruit cocktail became widely available. Its popularity continued through the 1960s, with a dip during World War II due to rationing of canned foods. Despite its name (and frequently being served in a stemmed glass), the dish didn’t usually include alcohol. 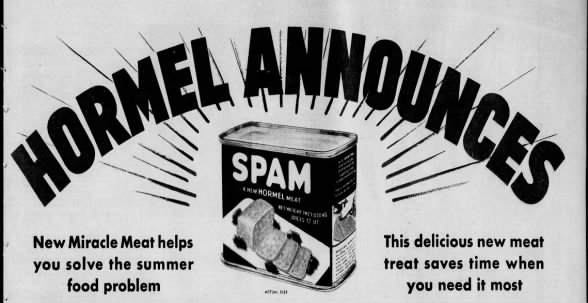 Introduced by Hormel in 1937, SPAM® became a household name during World War II, when a similar canned pork product was widely fed to U.S. soldiers. Although SPAM® became the butt of jokes from servicemen tired of eating canned meat, the product sold well in the mainland U.S. in the decades after the war. (And it remains a part of modern diets in some areas of the U.S., including Hawaii and Guam.) 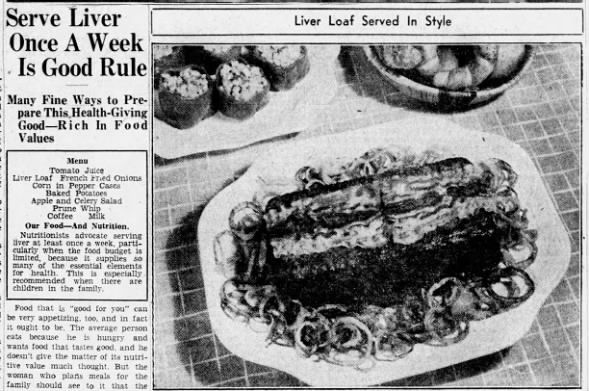 Many meats were rationed during World War II, but so-called “variety” meats (liver, kidney, tongue, etc.) required fewer (or sometimes no) ration points, so they became a part of many Americans’ diets during the war years. One variety-meat dish that gained momentum was “liver loaf,” a meatloaf made with liver rather than the usual ground beef. Canned liver loaf was available too, though it was also rationed. 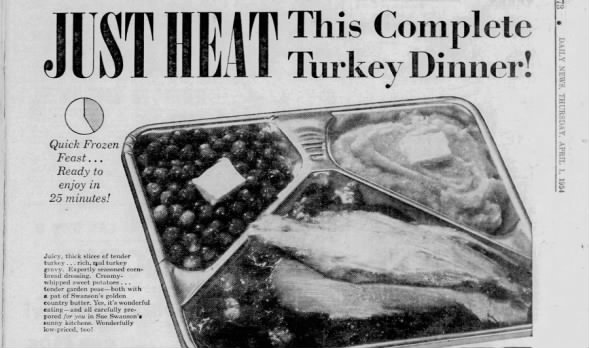 Frozen TV dinners boomed in the 1950s and ‘60s, following trends in home TV ownership (and the growing availability of convenience foods in general). But they weren’t the microwave meals we might associate with the term today. The first frozen TV dinners were heated in the oven, since home microwaves didn’t become affordable in the U.S. until the late 1970s. The first successful frozen TV dinner was a turkey meal sold by Swanson starting in late 1953. 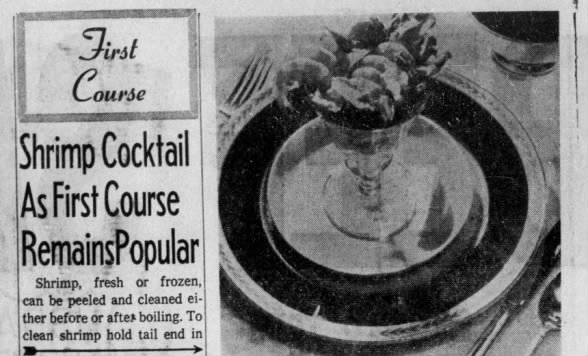 Shrimp cocktail had its heyday in the U.S. in the 1960s and ‘70s. It was often the hors d’oeuvre of choice at parties and restaurants, with the shrimp and accompanying sauce frequently served in a clear cocktail glass. Common ingredients for the sauce included ketchup, chili sauce, horseradish, lemon juice, and Worchester sauce. 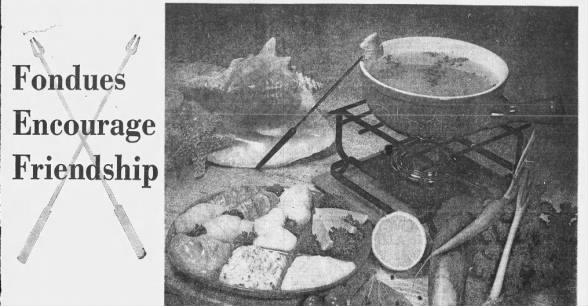 One of the biggest food crazes in the U.S. in the 1970s was fondue. Newspaper articles from the time touted fondue as an easy way for hosts to assure “immediate conviviality and fun”—since guests gathered around a communal pot of melting cheese (or of oil or a dessert sauce). Fondue parties were especially popular in the early ‘70s, and fondue pots aplenty were bought and gifted during those years. 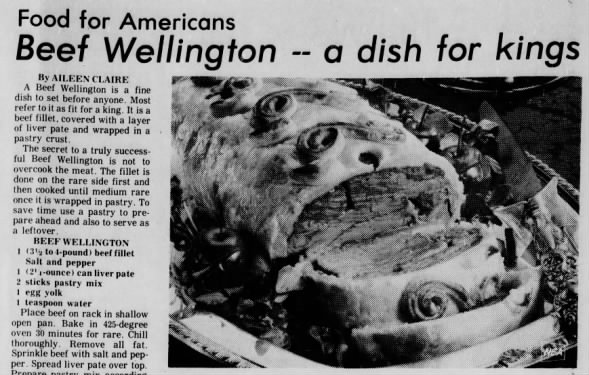 While Beef Wellington has a long history, it became trendy in the U.S. in the 1970s and into the ‘80s, thanks in part to renowned cook Julia Child. In 1965, Child featured Beef Wellington on her TV show, and Americans grew enamored with this impressive, labor-intensive dish of beef steak covered in pâté and wrapped in pastry. Child’s Beef Wellington episode was regularly rebroadcast in ensuing years.